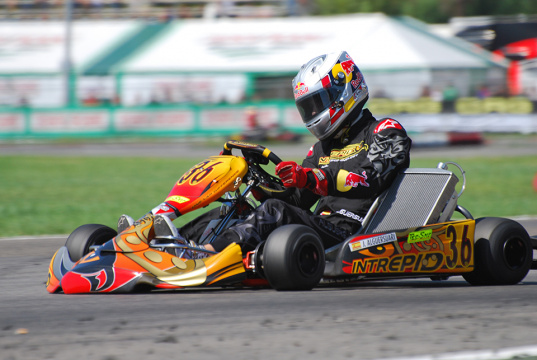 Author: Vroomkart International
If you ask someone who has worked closely with Jaime Alguersuari as a young karter, they will tell you he was definitely one of the most driven racers, with an immense desire to win and succeed (Jen Wade - © Photos Kris Okariz Circuito Internazionale Napoli, Sarno - 2009 CIK-FIA World Cup KZ1)
He became the youngest Formula One driver to start a Grand Prix in history at the 2009 Hungarian Grand Prix when he was only 19 years, 125 days and the first driver who was born in the 1990s to ever compete in F1. Max Verstappen arrived in Formula One in 2015 and then became the youngest. Having been back in the seat now has sparked this very talented young driver’s desire to experience the feeling he found in racing; before his unexpected entry and premature exit from the F1 ranks.

The Spaniard was a multiple national karting champion in both Junior and Senior ICA categories. He was runner-up in the CIK Asian-Pacific Championship ICA 2005 in Japan. The same season he stepped up to Formula cars and in 2006 he won the Italian Formula Renault Winter Series and was vice champion in the main series the next year. A move to British Formula Three in 2008 with Carlin Motorsport and Brendon Hartley as one of his teammates, saw him win the last three rounds of the series to become the youngest title winner in the championship history at less than 19 years.

A special appearance in the summer of 2009 at Wackersdorf in Germany at the CIK-FIA European Championship, racing for Italian chassis manufacturer Intrepid, was cut short when a call came from Red Bull during Friday practice requesting Jaime to go for a seat fitting. Having already tested with Red Bull in F1, he was contracted to their sister team Scuderia Toro Rosso mid-season. In yet another first, Jaime lined up on the grid at the CIK-FIA World Cup for KZ1 in Sarno, Italy later that year while driving in the Formula Renault 3.5 Series. In the lead-up to the final Sunday, the Catalan racer was running within the first six, but an incident left him with a damaged exhaust so dropped back to P23.

A week after his debut in Formula One, Alguersuari was back in the Renault to take pole and his maiden victory in the series. The young driver’s F1 dream continued until the end of 2011 when he was regularly achieving top 10 results and closer than ever to the podium. After the last race in Brazil, he won the Desafio Internacional das Estrelas (International Challenge of the Stars) karting event organised by Felipe Massa. It was less than two weeks later, the disappointing announcement confirming driver changes to the F1 team was made by Toro Rosso. Jaime participated in the 2013 CIK-FIA World KZ Championship in Varennes, France and was classified 9th before adding the ADAC GT Masters, Stock Car Brazil and Formula E to his portfolio up to 2015, then retired from racing.

The 31-year old has been pursuing a music career for more than a decade as a well-known DJ named Squire (from his second surname Escudero) and has his own recording studio in Barcelona. When he released his first album Organic Life in 2011, it topped the iTunes album chart in less than a week. Believing that it’s always important to follow your instincts, he shared his love of music and racing.

Spending time with friends on track during the winter having fun and escaping from the constraints of life as we know it more recently, without being able to perform his music live with his many fans, has resulted in the flame in Jaime’s heart being reignited once again. Amidst the challenging times that have plagued his homeland and impacted his creative, electric lifestyle of music, karting is taking him back to the sport he is still most passionate about alongside his work. Now, it’s only a matter of deciding which brand and team he is confident will help him achieve the ultimate success that drives him. Alguersuari has suggested he is seriously considering making a comeback for the KZ1 FIA Karting World Championship in 2021 – as long as he believes he can be competitive in the racing.

«To reconnect with the soul of motorsport, the pure essence of racing is karting. To feel competitive and strong again in what I love most beside music could be the best way to find inspiration during this pandemic. Thanks for your support and live in music and also in racing! I’ll try my best again.»

One thing is for certain… the Spanish musician is focused on making sure he enjoys the drive! 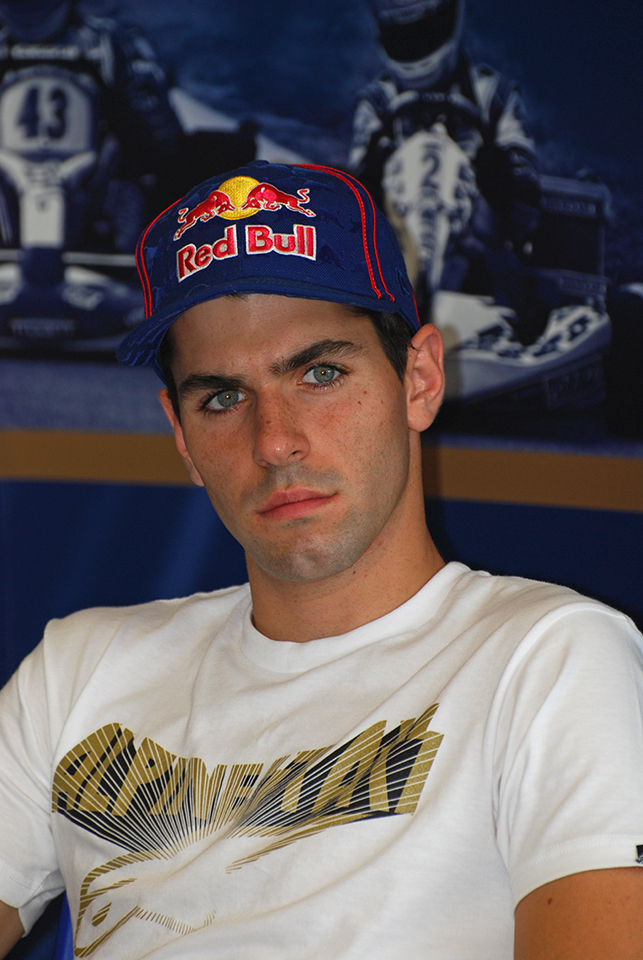