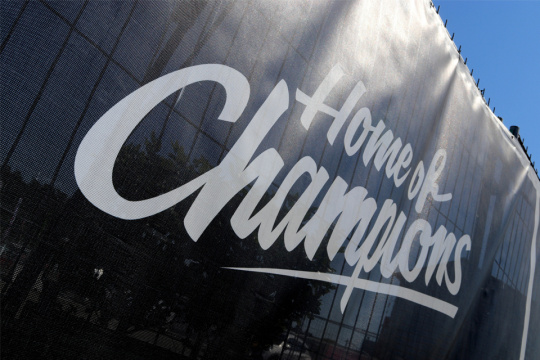 Author: Vroomkart International
Karting Genk, Belgium, April 9/11, 2021 – Round 1. A change in weather overnight resulted in drenching rain and cooler temperatures in Belgium reaching no more than about 9 °C for day 2 of the opening round of the Rotax MAX Challenge Euro Trophy 2021 at Karting Genk – ‘Home of Champions’. (J. Wade/photo Timo Deck Rotax P.O.)
With 22 qualifying heats scheduled Saturday, the challenging conditions ensured the racing provided both exciting and unexpected outcomes as the action-packed program unfolded. The race fans always enjoy coming to this amazing facility and were not kept away by the wintery weather, but instead by the local restrictions in place preventing them from attending, so many tuned-in to follow the competition via the livestream on YouTube.

Race Report
Defending RMCET Junior MAX champion Kai Rillaerts was unbeatable starting from pole position in all three of Saturday’s heats. The Belgian driver continued his success following his BNL victory last weekend on home soil at Genk, saying “I am really happy with the results today. It was difficult due to the weather and with a lot of water on the track at times, it made it hard to get the perfect line.” Tom Braeken ranked second with a P2 finish in each heat, having fought Rillaerts for the lead during the racing and will line-up beside him on the front row in Sunday’s Final 1. Making it a local trio top 3 in Juniors, Thomas Strauven was classified with three third places taking into account all penalties.

In Senior MAX, it was former Rotax Junior #1 Mark Kimber who topped the ranking in the class of 70 entries, taking a convincing victory in three of his four qualifiers out of the 10 heats on the program. His teammate and World FIA Karting champion, Callum Bradshaw, who Kimber beat to the top step of the BNL podium the week before on a countback, ranks second with a win and three P2 results. Local hero Dylan Lahaye was incredible in the wet, securing P3 overall and ended on equal points with Bradshaw after carving up the field for two victories to make up 16 positions in the process. The next four places in the Senior MAX ranking after heats are Lewis Gilbert, German champion Linus Hensen, Luca Leistra and fastest qualifier from Friday Rhys Hunter, who each took one race win.

With a clean sweep of all three heats, the 2020 RMC Euro Trophy winner Xander Przybylak is still in excellent form coming into this year’s championship, plus he’s racing with a new team this season. Another outstanding display in the slippery conditions, the confident young Belgian leads a field of drivers with an extensive depth of experience. Although he beat the multiple French titleholder and 2018 Rotax DD2 World #1 Paolo Besancenez in one of his races on the day, this will be a dual not to be missed on Sunday. Besancenez is on a mission and totally dedicated to repeating his BNL Kick-Off victory on the very same circuit last month, as is class pole-sitter Glenn Van Parijs, 2020 BNL winner, who claimed the remaining race win Saturday along with two P2 results. He cannot be discounted when it comes to the finals where he wants to make every point count for the series, seeing he is unable to attend one round of the RMCET and also planning a return to car racing this year too. All six of the DD2 qualifying heats were fantastic for the viewers, with the wet conditions keeping things interesting and the obvious skills of so many of the drivers bringing out the best in the competition.

France has the biggest showing in the Rotax DD2 Masters category with five drivers making the trip out of lockdown to the first edition of the European series this weekend and it’s no surprise that they are leading the battle for positions coming into the finals. Having finished third on the RMCET podium in 2020 after taking the Winter Cup title, Rudy Champion returns with a great start, taking two race victories Saturday to rank P1 over fellow countryman and Friday pace-setter Paul Louveau, winner of the final heat of the day. Ranking third, Ian Gepts was consistent to outplace former Euro champ Slawomir Muranski with two P2 results. Although the over 32 years field is smaller, it boasts some of the top Masters, including the past three European class champions, the current Rotax World #1 DD2M titleholder Roberto Pesevski and the immensely accredited Christophe Adams.

Find all the event results here

Following an early snowfall around sunrise, the rain is expected to continue when Sunday’s racing program gets underway at 10.20am (CEST) after the morning warm-up with the Second Chance Heat for Senior MAX. Each of the four class qualifiers will contest Final 1 and Final 2 throughout the afternoon, with the prize-giving ceremony at approximately 3.30pm.

Catch all the racing action of finals day via the Livestream coverage on the Camp Company GmbH channel on YouTube and Live Timing via the Motorsports-events page online.