Author: Vroomkart International
Spanish karting is on the rise, it’s a fact! After Fernando Alonso started winning in F1, motorsport in Spain took a whole different meaning. People began to be interested in F1, and karting has become increasingly popular. Result: new tracks are being built, more resources are being invested, new drivers are coming out onto the international stage, and more international events are held in national facilities. We’ve dedicated a five-pages special where we analyze the current situation with the people who know Spanish karting inside out


Spanish karting is on the rise, it’s a fact! After Fernando Alonso started winning in F1, motorsport in Spain took a whole different meaning. People began to be interested in F1, and karting has become increasingly popular. Result: new tracks are being built, more resources are being invested, new drivers are coming out onto the international stage, and more international events are held in national facilities. We’ve dedicated a five-pages special where we analyze the current situation with the people who know Spanish karting inside out, team-managers, track owners, tuners, and federation included. The so-called Alonso aftermath has certainly given a remarkable push to the entire karting field in Spain, and this is proven by Fernando's  latest kart tests in Lonato... 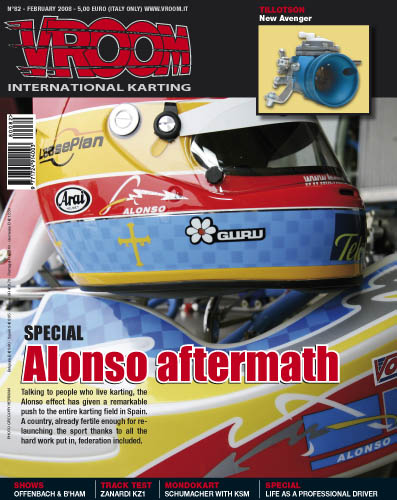 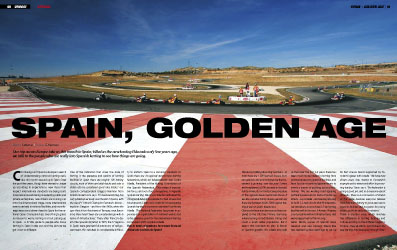 SPECIAL – Spain, Golden Age
Our trip across Europe takes us this month in Spain; billed as the new karting Eldorado only few years ago, things have started to shape up according to expectations: new tracks that respect international standards are being built, more resources are being invested by public and private enterprises, new drivers are coming out onto the international stage, more international events are held in national facilities, and more foreign teams and drivers head to Spain for the national Open Championships. Everything’s great, no reason to worry, karting is at last picking up in Spain…is it? We spoke to people who know karting in Spain inside out, and the picture we got is not so different. 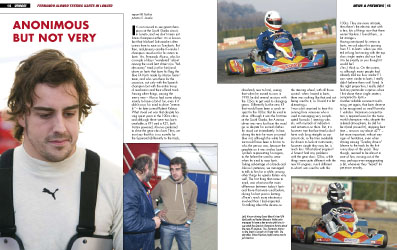 ALONSO TESTING IN LONATO
It’s not unusual to see great champions at the South Garda circuit, in Lonato, and we don’t mean just future champions either. In mid-January another Formula 1 champion stood out for his return to karts. Yes, Fernando Alonso, who for a couple of days “wandered” about among the usual kart drivers (no “hidden away” track just for him) and drove on karts that bore his flag, the blue FA Karts made by Genis’ team, and who was there for the occasion, not only with the Spanish champion but with the entire troop of mechanics and their official truck. 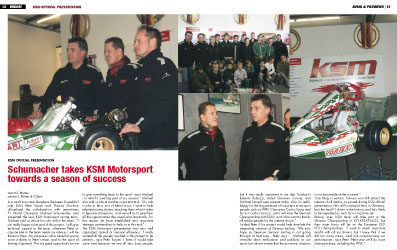 SCHUMACHER-KSM OFFICIAL PRESENTATION
In a small town between Dusseldorf and Koln, Peter Kaiser and Thomas Muchow officialized the collaboration with seven-times F1 World Champion Michael Schumacher, and presented the new KSM Motorsport racing team. Michael told us about his role within the team, and Peter told us where KSM is heading to… 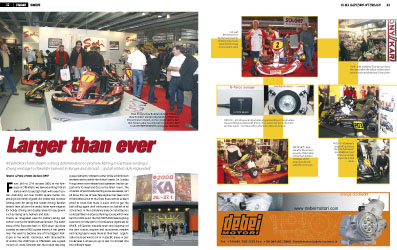 SHOWS – Offenbach & B’ham
Full reports from the two most famous Karting Shows in Europe, where we found the latest products from karting manufacturers. 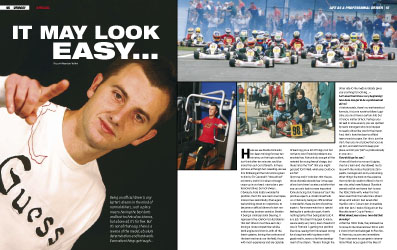 SPECIAL – Life as a professional driver
Being an official driver is any karter’s dream: in the mind of normal drivers, such a place means having the best karts and best technical assistance, but above all, it’s for free. But it’s not all that easy, there is a reverse of the medal, absolute determination and hard work. Even when things get tough... 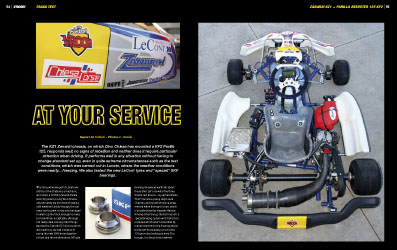 TRACK TEST – Zanardi KZ1 & Parilla Reedster 125 KF2
The KZ1 Zanardi chassis, on which Dino Chiesa has mounted a KF2 Parilla 125, responds well, no signs of rebellion and neither does it require particular attention when driving. It performs well in any situation without having to change standard set up, even in quite extreme circumstances such as the test conditions, which was carried out in Lonato, where the weather conditions were nearly... freezing. We also tested the new LeCont tyres and “special” SKF bearings. 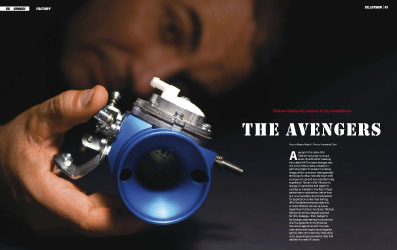 FACTORY – Tillotson (the Avenger)
Avenger is the name that Tillotson has given to a new series of carburettors bearing the initials HW. The name Avenger is part of a project to re-launch a racing image, and the aim is for Tillotson to avenge its reputation and regain its prestige as a leader in the field of high performance carburettors, rather than just  as a manufacturer of carburettors for applications other than karting. With the aforementioned objective in mind, Tillotson has set up a new department to focus on racing. Tillotson Racing has all the material required for this challenge - from budget to technology, engineering to production line. The opportunity to introduce the new image came with  the new carburettor and engine homologation period, 2007-2015, and they have done so by presenting a wonderful triad that satisfies the new KF classes. 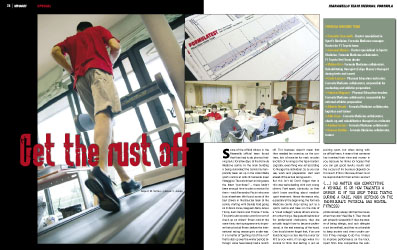 SPECIAL – Maranello Team Medical Formula
Some of the official drivers in the Maranello team found that they had to do physical training tests, at the Formula Medicine centre. This particular occasion was for a sort of check up on drivers’ fitness and at the same time, start a programme to improve their physical fitness before the international racing season gets under way. It is a matter of “getting the rust off” 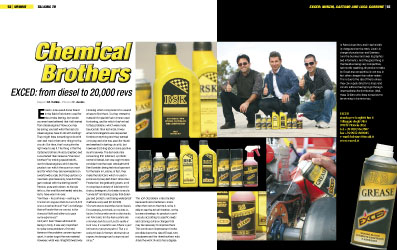 TALKING TO – Exced
Exced is now a well-know brand in the field of lubricants used for two-stroke karting, but would you ever have believed that it all started from diesel engines? The thing is that the Carbone brothers started their career as “chemical brothers” by making special additives for diesel engines, which are the products on which they count on most and for which they are now leaders on a world wide scale. 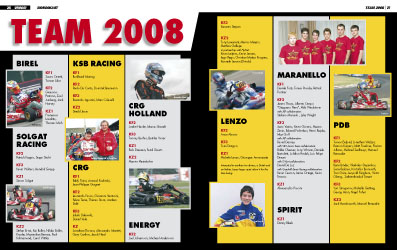 TEAMS 2008
Here we present the most important racing teams for the coming international season. 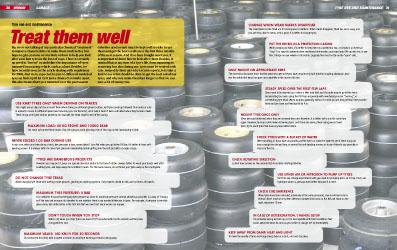 GARAGE – Tyre use and maintenance
We’re not talking of any particular chemical “treatment” to improve characteristics to make them work better, but hope to give you one or two hints on how to help you look after your kart tyres in the best way. 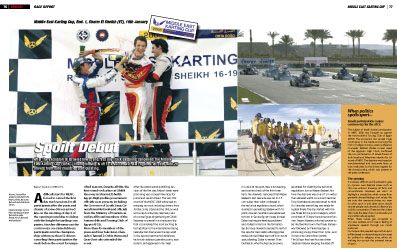 RACE REPORTS
This month we feature the first round of the Middle East Karting Cup. A difficult start for MEKC, forced to cancel the first day track sessions for all participants after the parts and chassis of some drivers arrived late due to delays with the freight forwarding companies, and to deal with the controversy over Israeli drivers participation. Despite all this, the first round took place at Ghibli Raceway in Sharm El Sheikh, Egypt.
In the National Races, we feature WKA Daytona KartWeek and the first round of the Florida Winter Tour from the USA; a preview of 2008 Brazilian karting season; and round 1 and 2 of the Maltese karting championship.