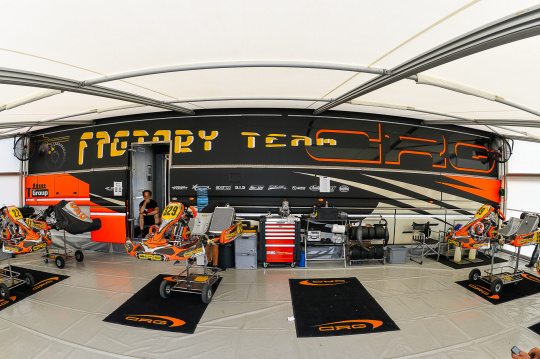 Author: Vroomkart International
The CRG All Blacks have literally dominated the scene over the last few days with their various market novelties; KZ is warming up its engines while waiting for more news.
With a respectable line-up, CRG wins the "title" of the most active driver and non-driver market at the end of 2020 and beginning of 2021. One news after the other which change the face of Giancarlo Tinini's team, ready to become the protagonist of the new season. In chronological order, CRG made Alex Irlando official first, followed by the sensational agreement with the reigning World Champion Jeremy Iglesias (READ THE INTERVIEW), then Paavo Tonteri, a welcome return and above all after the recent seasons at the top again for the Finnish driver with SC Performance colours.

Not only drivers but also new customer teams thanks to the important addition of the NGM Motorsport family, among the most competitive in KZ2 with Pollini, Balbo and Bizzotto together with the remaining categories in the team's plans (READ THE NEWS). Last but not least, the agreement reached also with Jorge Pescador, back to racing after a period of transition and ready to have his say again on the KZ2 FIA, WSK and other international stages.

On the queen class, then, the movement of the paddock has not been spared and has probably just started, especially counting the upcoming private and collective test sessions during this month. Among the other movements that we have reported, we remember Francesco Celenta with Parolin together with Lorenzo Travisanutto, moved up in category after the epic OK.

After the title of European Champions and Vice-World Champions with Marijn Kremers, the Birel Art men will certainly not stand by and watch. Before the end of the year, the Lissone-based team had in fact confirmed the arrival of Alessio Piccini for KZ2, who has already been working in these months. News and confirmations for the season remain to be unveiled, the same for KR and Tony Kart among the top teams.