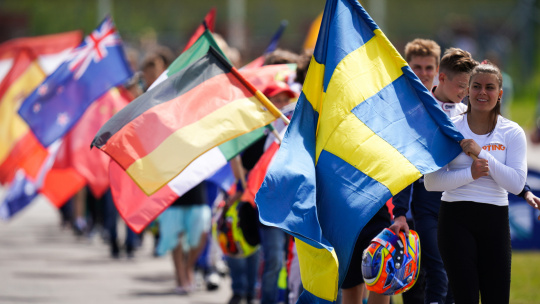 Author: Vroomkart International
The International Federation announces the 2021 calendar with confirmations and news.
In Geneva, the World MotorSport Council held its fourth annual meeting (and the last one of 2020), and given the pandemic, took advantage of videoconferencing tools to connect with the rest of the globe. In addition to various other decisions relating to Formula 1, World Rally and so on, some decisions related to the world of karting were also made.

Thus, besides establishing that Panta and KG shall be exclusive suppliers as regards fuels and the "release" mechanism of the front fairing mounting kit (with a new tender launched as regards tires), the dates for the 2021 FIA Karting titled championships events were also set.

Subject to changes due to force majeure, Covid-19 comes to mind, readers will immediately notice how the KZ World Championship is to be held at the beginning of September in Sweden, in Kristianstad, while for the OK (also Junior) they will try to recover the appointment in Brazil, in Birigui, which had to be "postponed" in 2020 due to the coronavirus.

For the other continental championships, what one notices is that in the majority of cases the focus is on "proven" tracks such as Zuera, Genk, Adria, Sarno and Wackersdorf, with the "new entry" of the French circuit of Aunay-Les-Bois, however subject to the track's approval/homologation.

Below, all the dates established so far.