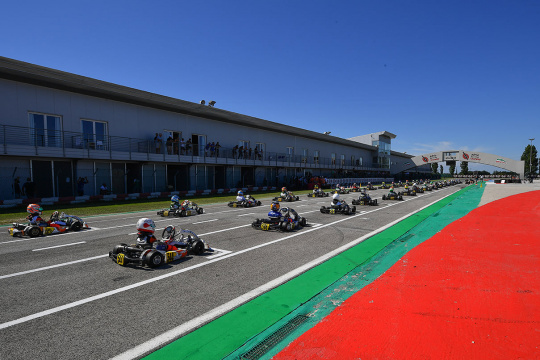 Author: Vroomkart International
The double weekend marked WSK comes to life with the official double qualification for the four categories.
KZ2 - Gustavsson and Pex on pole
In the premier class, the European Champion, Viktor Gustavsson (Lennox Racing) returns to pole position after the big round of the European Championship, right on the Adria circuit. A great lap for the Swede who finished in 47.319.
In the second qualifying session, valid for round 2, it was Stan Pex (KR) who finished the games with a final pole position of 47.437.

OK - Barnard without equal
Taylor Barnard (Rosberg Racing) leads the Senior category by snatching the first titles of the week with a double pole position. In the first session the Englishman was the fastest with the best lap time of 48.014, later repeated or almost repeated in the second session with 48.170 on the stopwatch.

OKJ - Sato and Clausen in front of everyone
In Junior, double pole position went to Ricky Flynn Motorsport drivers. In the first session valid for the first round, Rintaro Sato set the best time (49.642). In the second qualifying session, Tobias Clausen replied in 49.651 to complete the celebration of the World Champion team.

Tomorrow the full programme of heats valid for round 1. 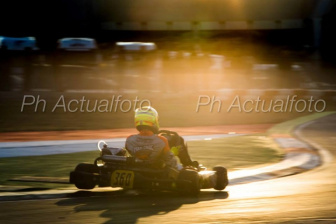