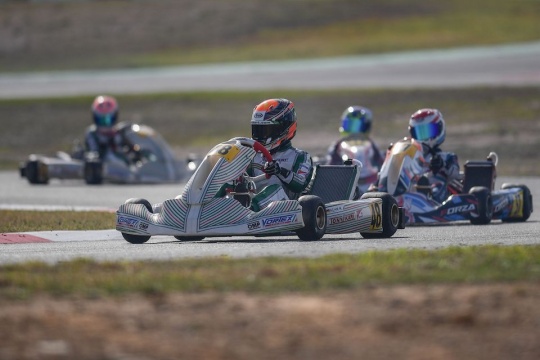 Press Release by: AG Media and Management
The road leading to the FIA Karting OKJ World Championship hits a hurdle for Maxim Rehm, out of the Main Final in the Champions of the Future round 2 in Algarve.
The talent of the Tony Kart Racing Team, who used this race to gain as much confidence as possible with the Portuguese circuit, had some difficulties in qualifying where he finished 16th in the group. Some ups and downs in the heats, then, did not allow him to directly access the top30 - which would have guaranteed him direct access to the Prefinal - therefore forcing him to compete in the Second Chance Heat.

Here, despite a recovery of 6 positions, Rehm was unable to qualify for the Prefinal, thus also saying goodbye to the possibility of accessing the Final.

Maxim Rehm, Tony Kart Racing Team: “It was a difficult weekend, where I was unable to express myself at my best. I had little feeling and this reflected on the results. Luckily we had used this pre-race to better prepare the World. Now, if nothing else, we know where to work, so I expect different results at the world championship.”