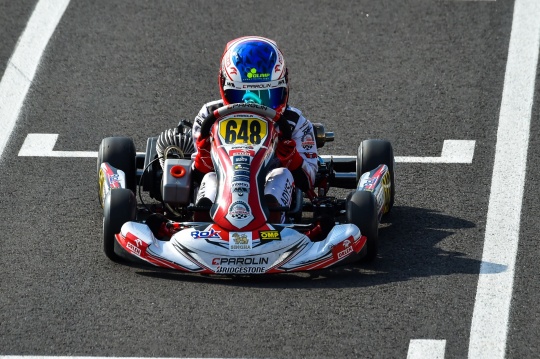 Press Release by: Maciej Gładysz
The Polish driver of the Parolin team ended his weekend in Franciacorta by taking the overall podium of the Mini Rok category.
A very positive weekend for Maciej Gladysz, constantly in the first positions of the lit and fought Mini Rok in what was a very high level Rok Cup World Final on the new circuit of Franciacorta (Italy).

During the time attack on Thursday, Gladysz had immediately shown a great potential, thanks above all to the good work in the tests of the previous days.
The Academy Orlen Team driver had finished seventh overall and in pole position for group D with the best time of 1.07.996 in the pouring rain.
The young driver's attention then shifted to the direct manches between Thursday afternoon and the whole day on Friday. Maciej once again demonstrated his sporting maturity and managed to manage the three heats cleanly, scoring a second, a fifth place and a measured victory in the last heat available. Score useful to gain the second starting row of the final Mini Rok on Saturday morning.

In the last act of the weekend, all the major drivers in the Mini Rok gave life to a breathtaking race with a five-man fight where Gladysz also played his part.
The Polish was a worrywart for the duration of the race, exchanging top positions with overtaking and trajectory crossings. A perfect mix of kart and driver that in the end rewarded Glaydsz, who came third at the finish line just three tenths of a second from success. A third position that rewards the hard work of the whole weekend and pushes Gladysz even further towards a season finale to be experienced. 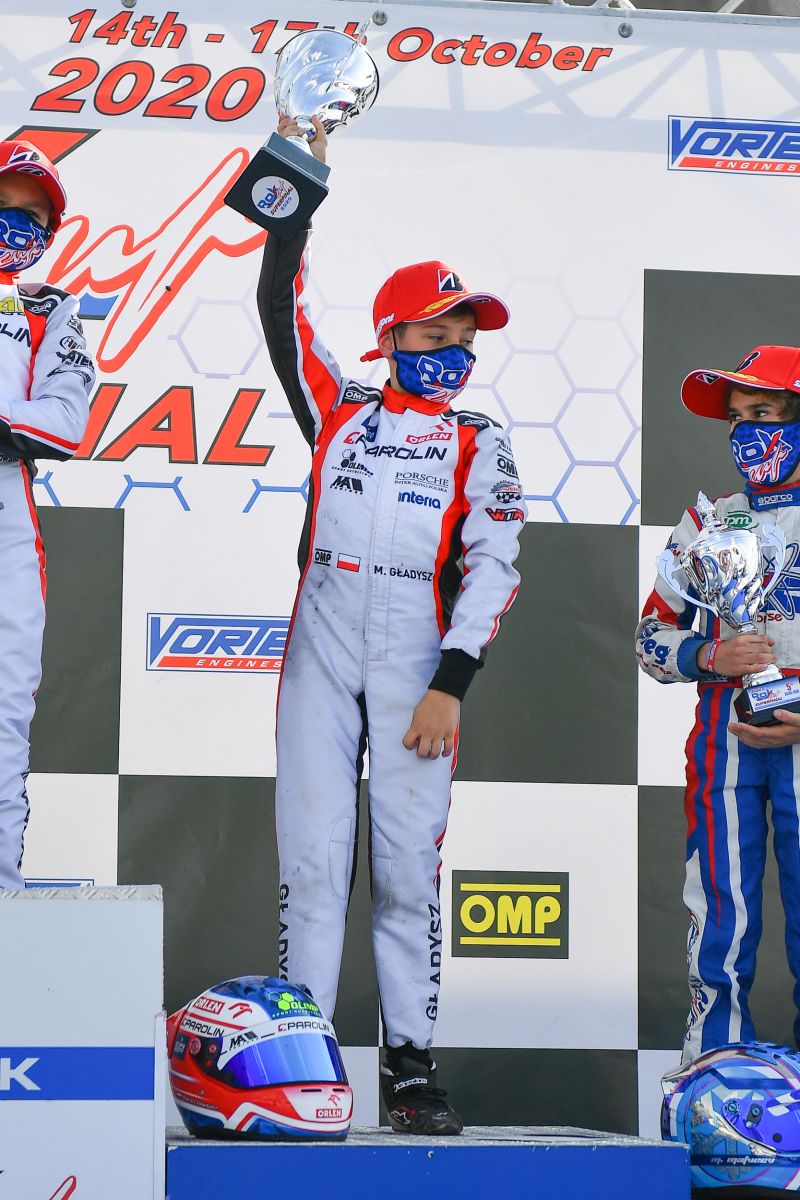 "It was a very successful weekend for me. The Cup Superfinal year has been moved from Lonato to the new Franciacorta track. I got into the track very quickly and had a lot of pace all week. The conditions were changing, one time we raced on a dry track, another time on a wet track. I qualified for the final in fourth place by winning one of the races. In the final, the fight for victory was very fierce from start to finish. After a few laps in the race, I was leading the pack. Finally, at the finish line, I reported to P3!
I would like to thank my mechanic Marcin and the Parolin team for great equipment preparation, and Simone Ma Engines for excellently prepared engines.” – said Maciej

The another competition for Maciej, will be at 21-25 October in Castelletto di Branduzzo, during last round of Italian Championship. 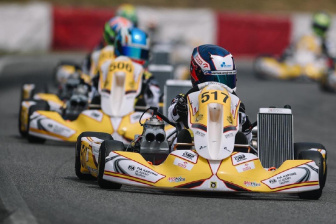 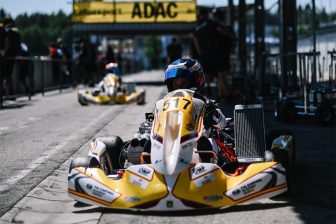 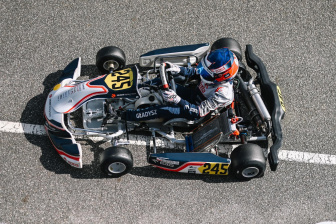 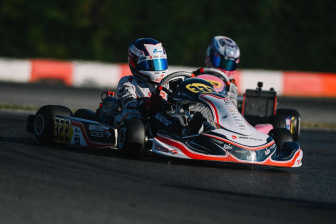 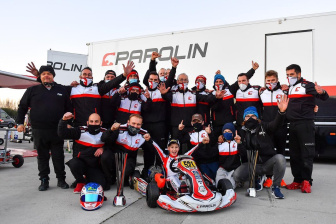 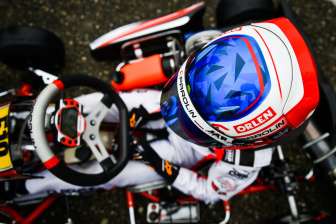