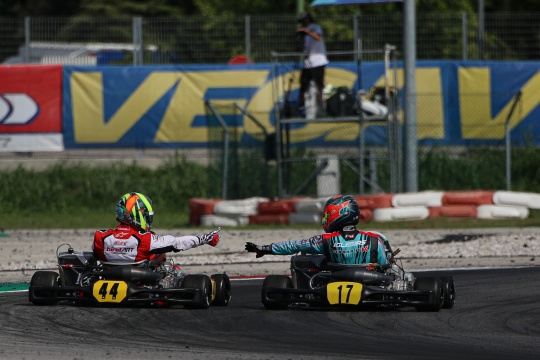 Author: Vroomkart International
That the so-called competitive trance can make an athlete act crazily in a race (or immediately after) is a universally recognized fact: beyond a certain threshold, however, it is normal that the gesture attracts the entire world's attention and that it ends up being judged even by outsiders.
Add to it that in the social era the issue will immediately resonate far and wide, given the enormous media power of the videos that anyone can now film from any angle and make it go viral in a few seconds. In this scenario, the episodes that saw Corberi Jr and Corberi Sr as protagonists during and after the KZ World Championship race risk heaving great weight on Karting and its reputation worldwide, more than on the characters themselves; let's try to understand why. Let's see how even in very different sports the five minutes of folly take its toll, but how in those cases the fact remained linked to the athlete himself more than to the specific sport: the most recent episode - which many will remember – involved Romano Fenati who, while racing against Manzi during the 2018 San Marino GP in Moto2, voluntarily "pinched" – and at full speed along the straight – his compatriot's front brake, with the risk of having him fall at over 200 km/h. Fortunately, Manzi does not fall off the bike, but the matter is an almost fatal blow to the talented Fenati's career: the Team fires him practically live and the International Federation disqualifies him for two races - a reasonable penalty from a purely sporting point of view - but the big damage is to the boy's image: the contract for the following season with MV (where ironically he would have been the companion of Manzi himself) is unilaterally torn to shreds by the team on the spot and with heavy repercussions that will lead Fenati to announce that his future will be behind the counter of his family's hardware store and not on the circuits of the World Championship. Fenati will, however, return to riding a motorcycle in the World Championship long after, and the unanimous condemnation, perhaps excessive because we are already in the social era, only and exclusively affected the athlete. 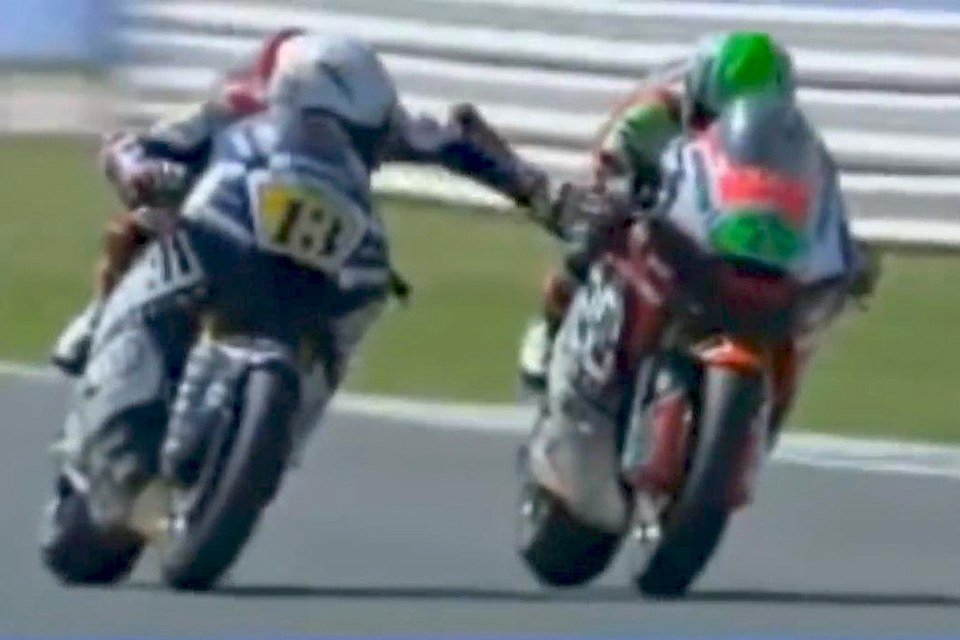 Let's go back a little bit now. Let's go to the Olympiastadion in Berlin; it's July 9, 2006. Following repeated verbal provocations, in the climate of immense tension of a World Cup soccer final, the Ballon d'Or  winner Zinedine Zidane becomes the protagonist of a gesture that will mark the history of world football: the French champion headbutts the Italian defender Materazzi hard in the chest, who falls to the ground amid the screams and mad gestures of a good billion spectators glued in front of televisions all over the world. Italy's hard-fought victory on penalties will re-size that episode and Zidane will get away with three days of disqualification imposed on him by FIFA as well as a fine of a few thousand euros. The “Ballon d'Or  guy” will not suffer being pilloried on social networks because - luckily for him - it was still another world, that one, but the stain remained in his career – again, on the man, not on football. And not on FIFA, which with its men on the pitch (it was the fourth man to inform the referee) and in the judicial chambers, however, made a timely decision. 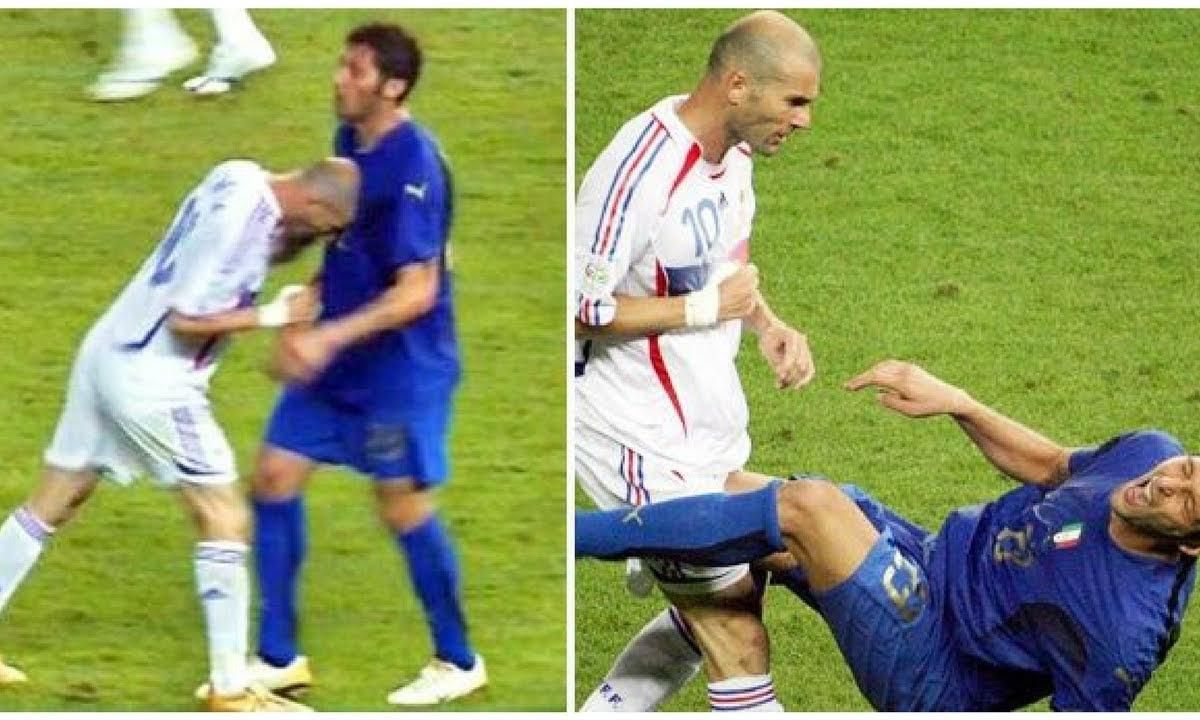 But let's run further back still in our memory until we bring up a fact that for those over 40 is still vivid in mind: the unforgettable episode, which took place during a Premier League match in 1995, concerns the famous Eric Cantona, spearhead of Manchester UTD, who, known for his "vibrant" temper, responds to the provocation of a fan who insults him as he is returning to the locker room by hitting the fan with a kung fu kick that was reported in the press all over the world. Some consequences the fiery French had to pay (including a true and  proper sentence to socially useful work) but everything returned to normal. The episode - who knows - also played a part in making Cantona a sort of icon, making him famous even later in his sports career, first as a historic Nike testimonial, and later as a cinema actor. Damage aside, his image benefitted. 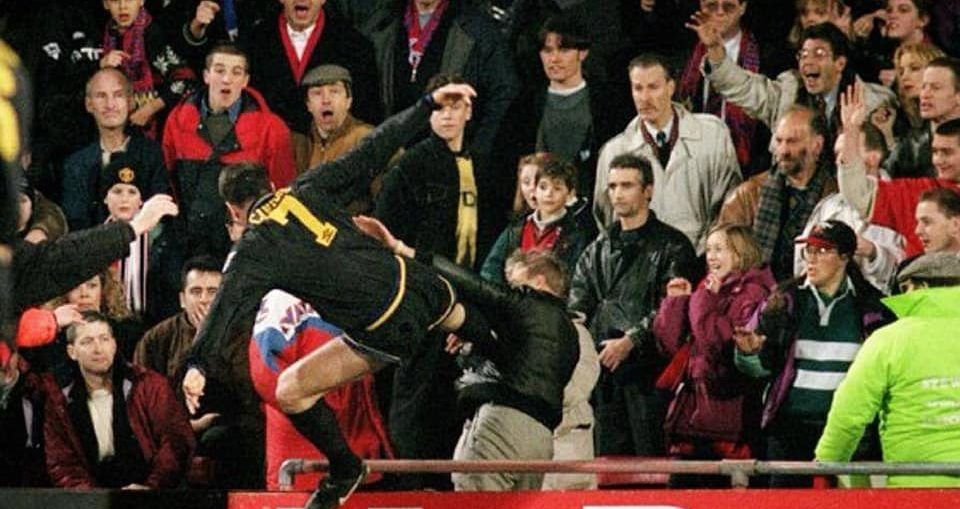 There is no shortage of stories of this type in sport. June 28, 1997: Mike Tyson and Evander Holyfield in Las Vegas compete for the top title. During the third round, the referee is forced to interrupt the match due to Tyson’s repeated attempts to bite his opponent’s ear. A hefty fine and a long disqualification did not prevent Tyson from returning to the ring - although by now the boxer's career was already in decline, not only for sporting reasons. There is Nigel Mansell in a Ferrari who, in the 1989 Portuguese Grand Prix, ignores a black flag and spurs at full speed none other than Ayrton Senna, making him dangerously carambulate off the track. Or Fausto Gresini who gets punched in the head by the exasperated Spaan - unable to win the 125cc World Championship that the compact Italian “patrol” was trying to have a very young Capirossi win instead. Or, in recent years, the “crimes” between Rossi and Marquez. The point is that in all these cases it was the individual athlete who ruined their own reputation or at least suffered the shitstorm, without the whole discipline, the circus that revolves around the athlete, or the companies themselves that invest money and passion in it, having their image tarnished in any big way. 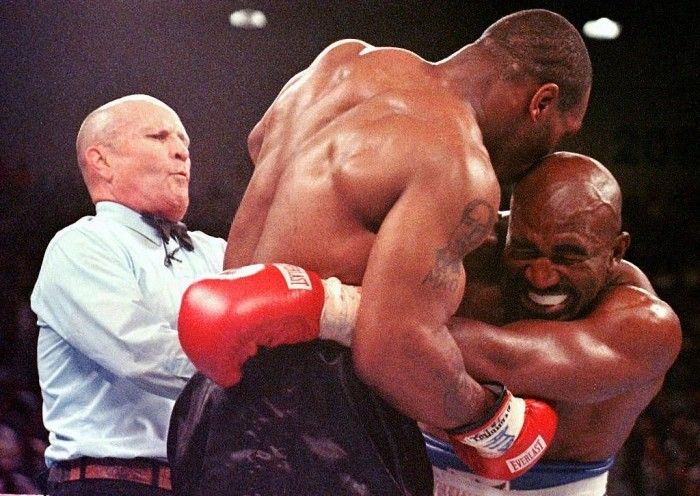 Because this is the bitterness that this episode leaves us: a viral video that goes around the world to ridicule an entire discipline, namely Karting and its community of professionals, by a homunculus hidden inside his helmet who throws a bumper on the karts that are speeding by and who, to the general indifference of the stewards, in the parc fermé, a few minutes later, ends up starting a fist fight worthy of the worst saloons in Garda. Without the name of the character in question saying or meaning anything to anyone, because he is a nobody. In many of the comments that flooded the social networks, Corberi was generically classified as a "kid", almost as if karting were the sport of toy cars on which children race, when the “kid” is actually 23 years old and probably - indeed certainly - will never be a professional driver while being, in fact, an adult. Even though KZ, a class with on average adults and professional drivers, yes indeed, is a sport where the bulk of the categories is Senior. This is the promotion that the FIA ​​has guaranteed to this sport in recent years and this is the end we have all reached, exposed to the public mockery by a Corberi, a nobody.