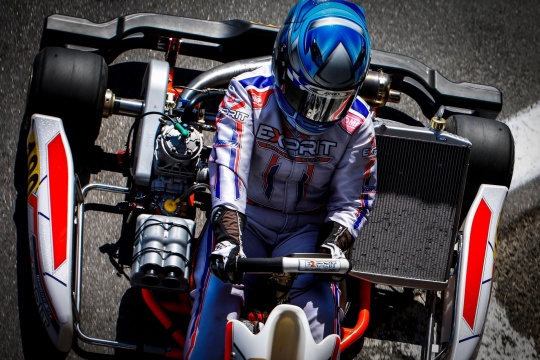 Press Release by: AG Media and Management
Toni Naudé is ready for one of the seasons most trying events, namely the double appointment of the WSK Euro Series, which, at the South Garda Karting in Lonato, will see two races in the same week.
For Naudé, it is the first time this has happened, since she had missed the double event in Adria due to school commitments, and it will be a difficult test. The 14-year-old native of Johannesburg will have to be able to continually change her approach to adapt as quickly as possible to the day's every-varying conditions.

Toni Kayla Naudé, Exprit Racing Team: "I'm very curious to see what will happen this week. I have never had to face two races in one; this will involve a very different mindset than usual. You have to know how to reset your mind at the end of every day; this week more than ever it will be necessary to keep concentration levels high."

Toni‘s first double race will officially starts on Wednesday, 16th September, with the Qualifying Practice of round 2 of the WSK Euro Series.