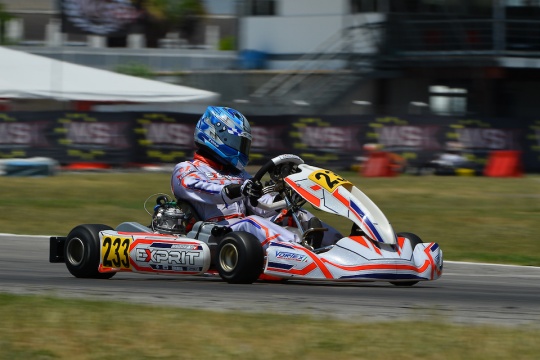 For Naudé it will be her second time on the famous Italian track and comes in a period where she has showed steady improvement, as demonstrated by the good potential shown in Zuera during the opening round of the European Championship, where she missed the final by only four positions.

The Swiss driver will arrive at the event with several days of testing in Italy behind her and this will certainly help in achieving the her goal. To qualify for the final.

Toni Kayla Naudé , Exprit Racing Team: “I'm confident for Sarno. It's a track on which I have little experience. Compared to the first race I did here, I feel I've grown and the objective is to reach the Final, which in Zuera I missed by a few points.”

As usual for FIA Karting events, the event will start on Thursday with Free Practice. Friday will be the Qualifying Practices, while between Saturday and Sunday morning the Heats will be run. The Final will be on Sunday afternoon.