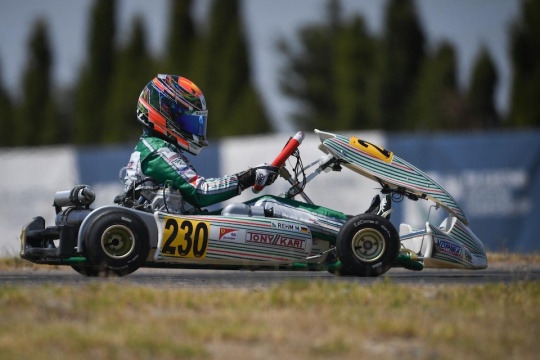 Rehm, who comes from the DKM race in Kerpen where he was the author of a good comeback, will present himself at the “foot of the Vesuvius” with the clear objective of reversing the trend of FIA Karting competitions and demonstrating all the talent he is gifted with.

Maxim Rehm, Tony Kart Racing Team: “This weekend I'll be facing my second race ever in Sarno: a track that I really appreciate and where even last time in the WSK I emerged in the long run. My European Championship didn't start in the best way, but I have all the means and the support of the best team to put the Zuera race behind me.”

The second act of the FIA ​​Karting OKJ European Championship starts on Thursday with Free Practice, while Friday will be the time of Qualifying Practices. On Saturday and Sunday morning the drivers will compete in the heats; Sunday, after the lunch break, the Final will be placed.