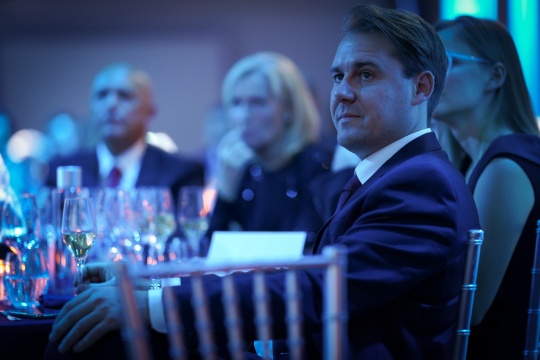 Author: Vroomkart International
The 2020 season continues with its plans, facing each time the competitions already scheduled such as the new series promoted by RGMMC.
In these years of competitions, all the FIA ​​Karting events have often and almost always been preceded by the so-called "preparation races" on the same track, often a week earlier with national significance or simple trophy. A race that combined useful and enjoyable to get ready and with as much data as possible to the European or World commitment in question. With the advent of RGMMC as organizer of the FIA ​​brand races, in recent seasons, here is the idea of ​​uniting all those races in preparation for the European and World Championships in a real Series that was first of all as a guarantee of failed.

The Champions Of The Future, as it has been nicknamed, is therefore about to come to life starting this weekend on the track of Zuera, the next venue for the long-awaited start of the European OK and OKJ Championship. The series by RGMMC, in addition to hosting the two categories named above, also extends its calendar to the new 60 Mini with international value and approval, also counting the KZ.

In this regard, before the Spanish weekend, RGMMC President James Geidel expressed his opinion on the current moment of karting, passing through objectives, expectations and more.
- How do you get to this race and what expectations do you have?
The series was actually the idea and request of many in the paddock. To create another series for the teams to take part in which is more around Europe. I had good expectations for the series from the beginning, we had a lot of interest last year already and I discussed it with many of the teams.
- Have you thought about canceling this new series because of the pandemic?
No not at all, at this moment all I feel and impressions I get from drivers, teams and parents is to get back to racing and normality. During the lockdown we only focused on developing to have improvements when restarting.
- The idea of preparing races in preparation for the FIA races is undoubtedly excellent. What response did you get from the number of subscribers so far?
I think we have to be happy with close to 200 drivers for our first ever round of Champions of the future. We surely would have had more as some couldn’t make it due to their countries restrictions.
- Do you think your series will be the launching pad for the international 60 Mini?
I do, I'm sure the mini class will become more and more popular, it gives them something different and new experiences. Also for those who plan to move onto junior classes it gives them the chance to learn more of the international homologated tracks around Europe.
- How do you evaluate the position of karting in this complicated moment for sport?
Karting is a very special sport in terms of the structure of the sport. I believe some decline in numbers will be common however the entry numbers in our series such as Champions of the future, IAME Euro series and FIA Karting events are all surprisingly better than expected after this time and haven’t really been affected. I feel people just want to return to normality so this will speed up the recovery process.
S.Corradengo
Credits: FIA Karting