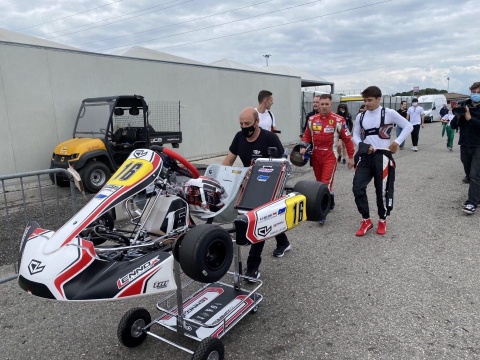 Author: Vroomkart International
The 2020 Formula 1 season has now started up again but how did the drivers prepare after the lockdown? On karts!
To the delight of motorsports fans, the season has finally restarted, satisfying our desire for motorsports and adrenaline that we have had to set aside for far too long. The international karting season has resumed its course in the best way possible and is preparing to make up for lost time, as has the premier class, namely Formula 1.
The top series has fired its engines on the Spielberg track, a track that we at Vroom had already faced in one of our virtual races with karting drivers during the lockdown. A breathtaking race, the F1, that marked the end of the weekends of boredom and waiting with an equally "karting-style" podium featuring Valtteri Bottas, Charles Leclerc and Lando Norris. Despite all the various teething problems the cars faced, those who had no problem getting back behind the wheel were the drivers themselves, thanks to a real trump card.
How did the drivers manage to get and be so ready? Thanks to karting, too, obviously, a love that never ends and that every time is labeled as being the best possible training. Let's find out who trained on karts before the season.

Charles Leclerc
The Monegasque driver was the absolute protagonist of the return to karting with the two days of training in Lonato in the company of his own team by Birel Art and Lennox Racing. There was training and important presentation for Charles who commented as follows. (CLICK HERE) 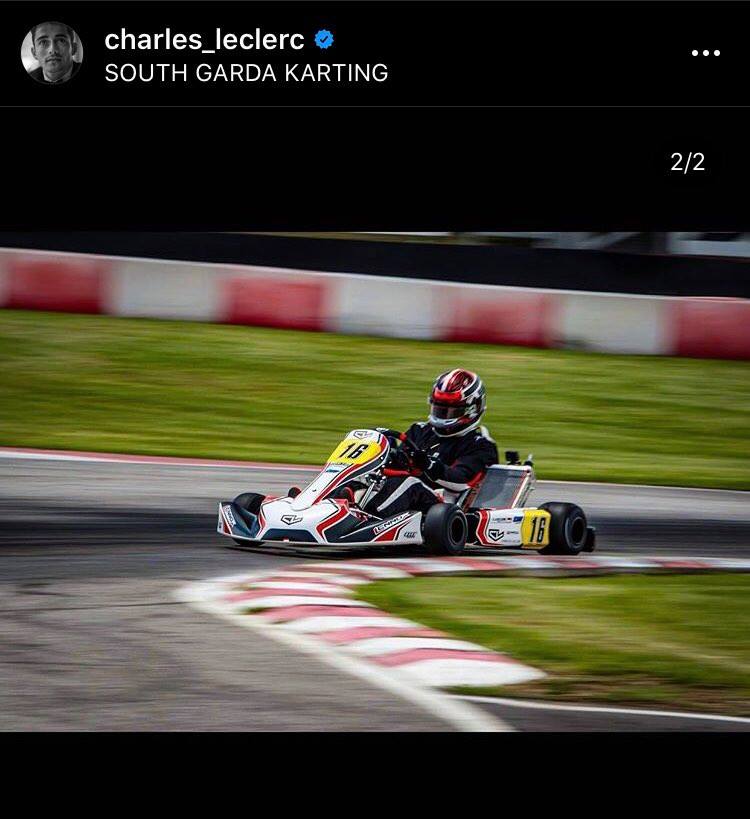 Pierre Gasly
The French Alpha Tauri driver and former colleague also on Leclerc's kart is among the most active in karts with training that actually covers a good part of the entire season. 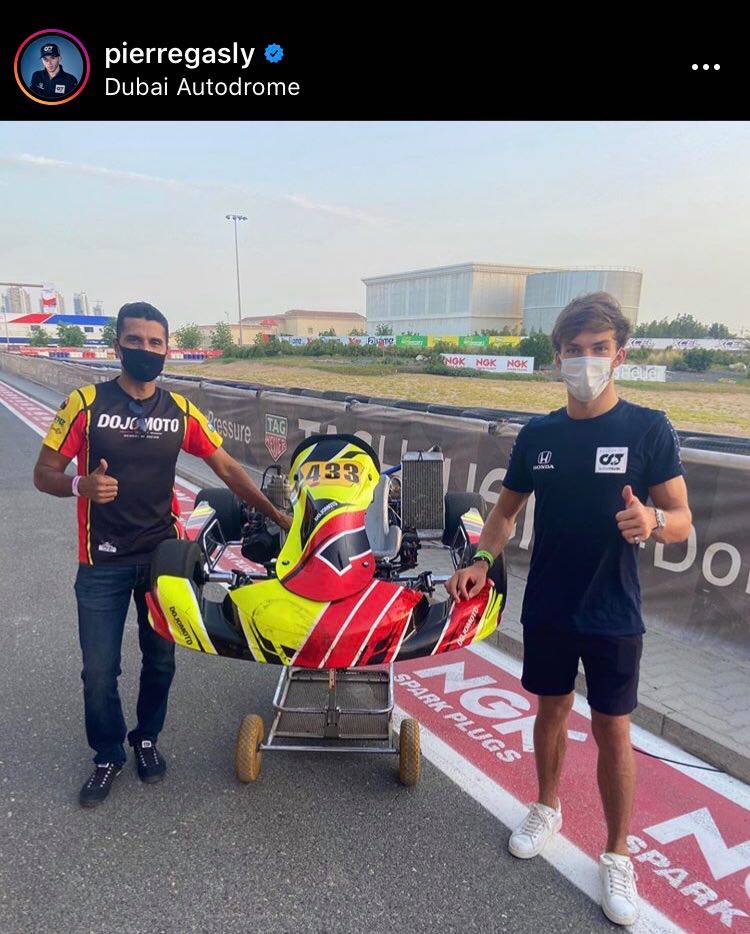 Lando Norris
Taking home his first podium like a champ, the 2014 KF World Champion had not forgotten his origins by running first on karts with Sainz and then in a Formula 3 for a return to the past. 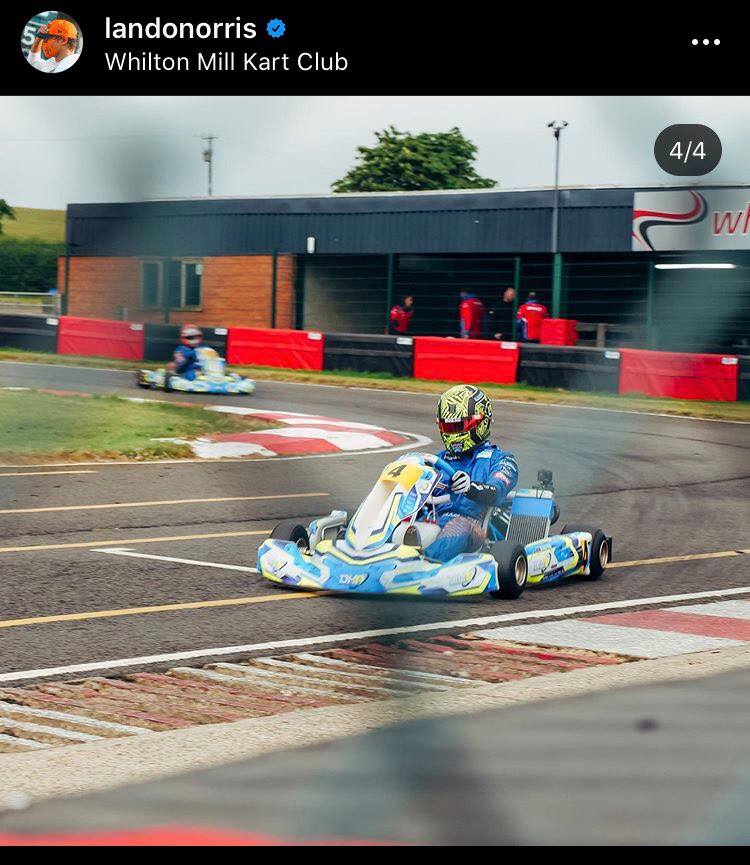 Carlos Sainz
Even Carlos Sainz has not forgotten his glorious origins in karting. Next year's Ferrari driver had ridden with Norris and the whole McLaren team without forgetting his training on his own indoor track which each time offers breathtaking slow-mos... 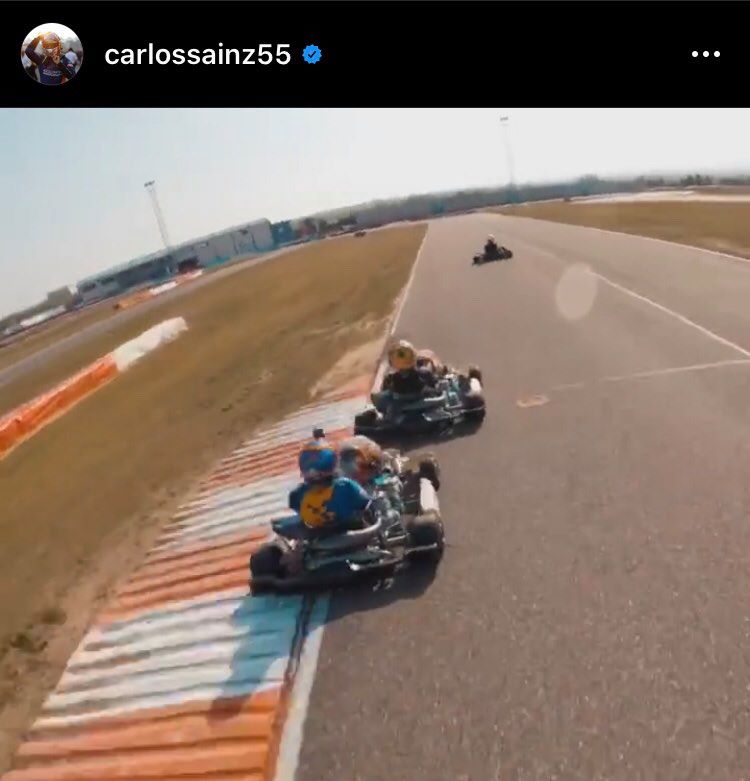 Daniil Kvyat
The Russian echoes partner Gasly by returning to driving karts in style, training with his friend Jeremy Iglesias (Formula K), especially useful in a season that expects much of him. 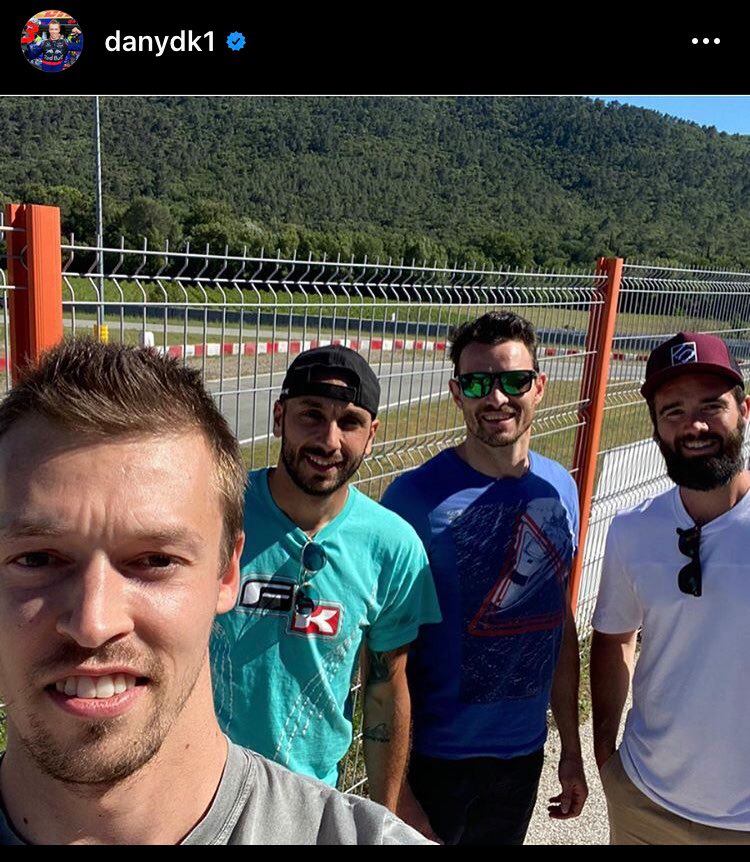 Valtteri Bottas
Old star of Kohtala Motorsport, Bottas made the most of training on karts  - and not only - by triumphing at the season's first GP! 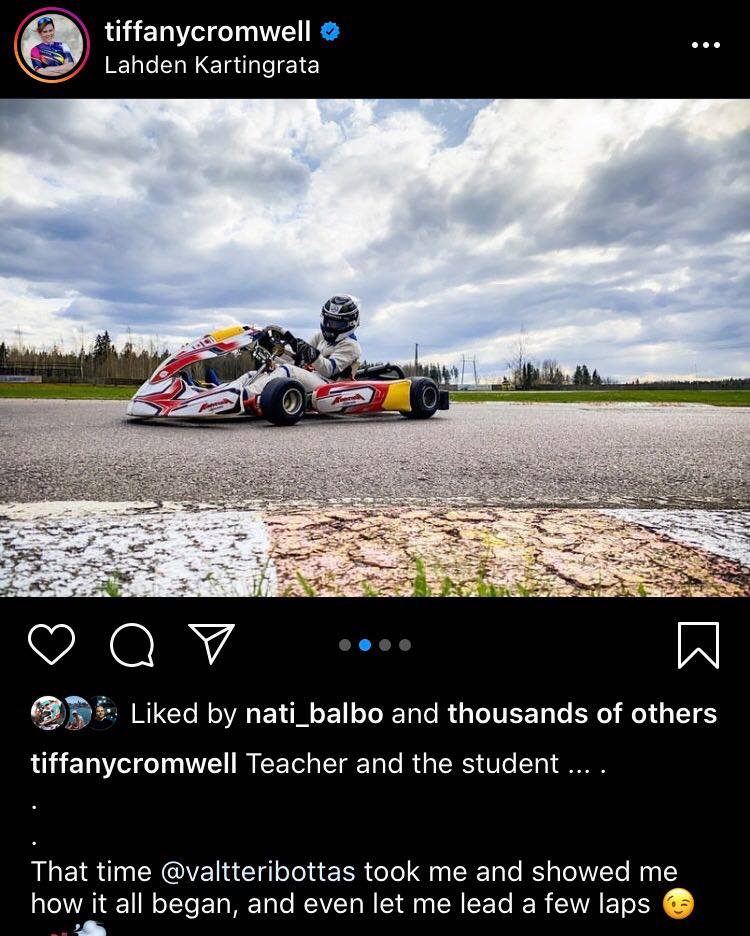 Sergio Perez
One of the surprise contenders of the season is the Mexican driver who has already impressed with a great Racing Point. KZ training for Perez on his go-kart track - and more - given also the "training session" with his young heir! 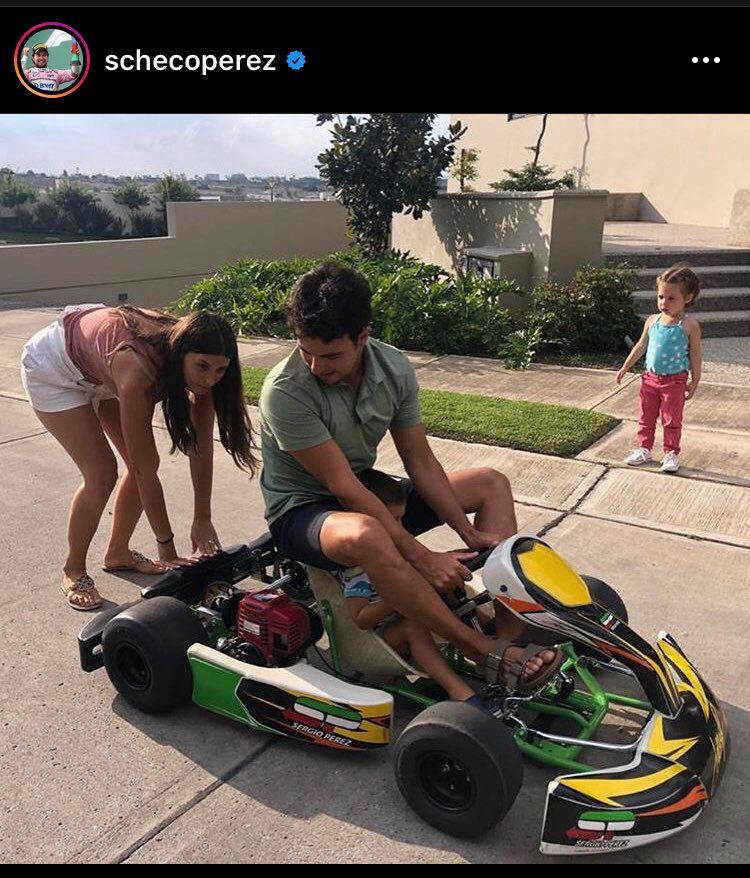 Antonio Giovinazzi
The Italian driver did not disappoint expectations and after the quarantine on his own, as he himself said, the return home also meant the return to karts. 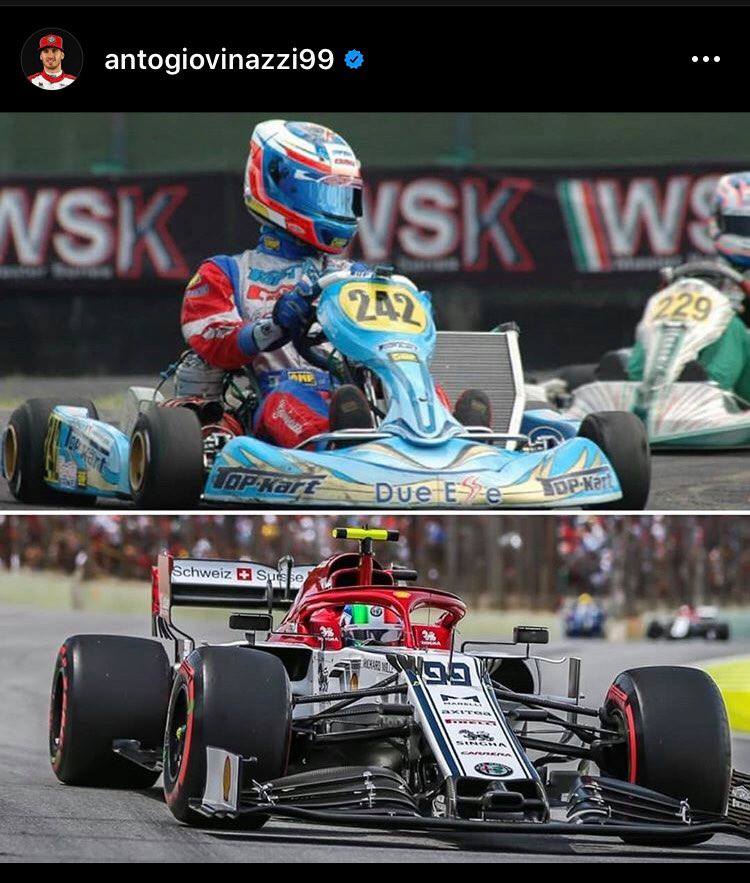 Kimi Raikkonen
The Finn has now accustomed us to training sessions reported on his social networks in the company of his son Robin, probable future Ice Man. Read our interview with Kimi Raikkonen. (CLICK HERE) 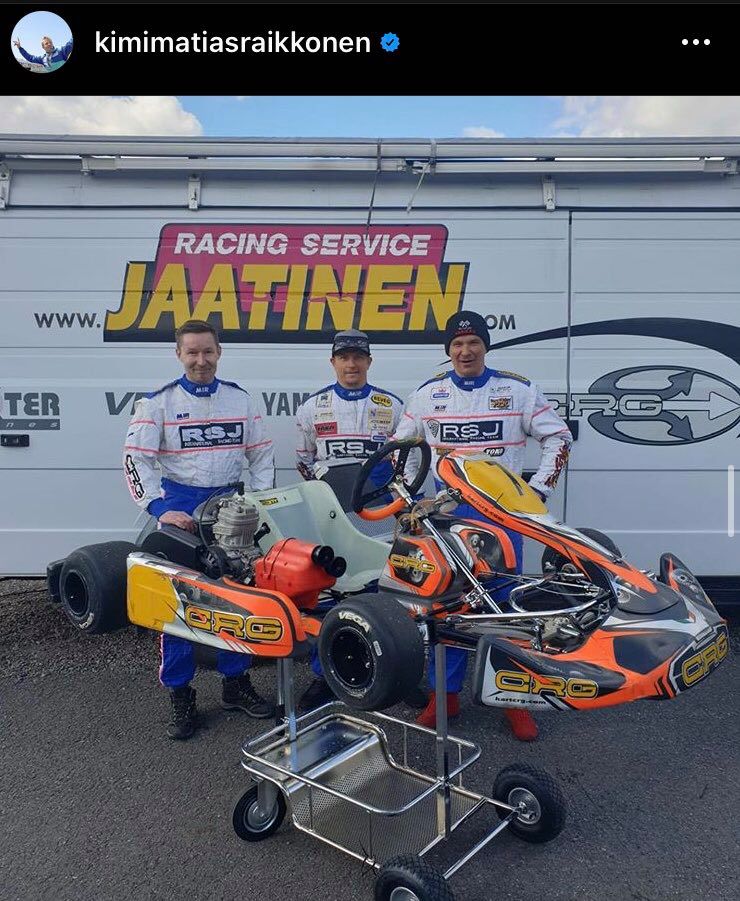 Nicolas Latifi
Good, solid karting for the only rookie of the 2020 season on the English track in Whilton! 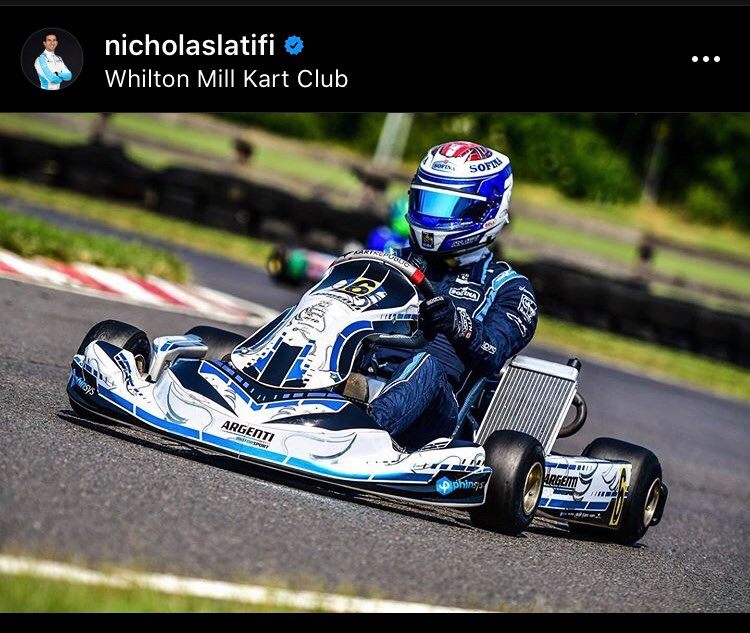 George Russell
In addition to the simulator, the virtual Formula 1 champion wasted no time returning to the track on karts alone and in the company of his friend and former teammate Albon. 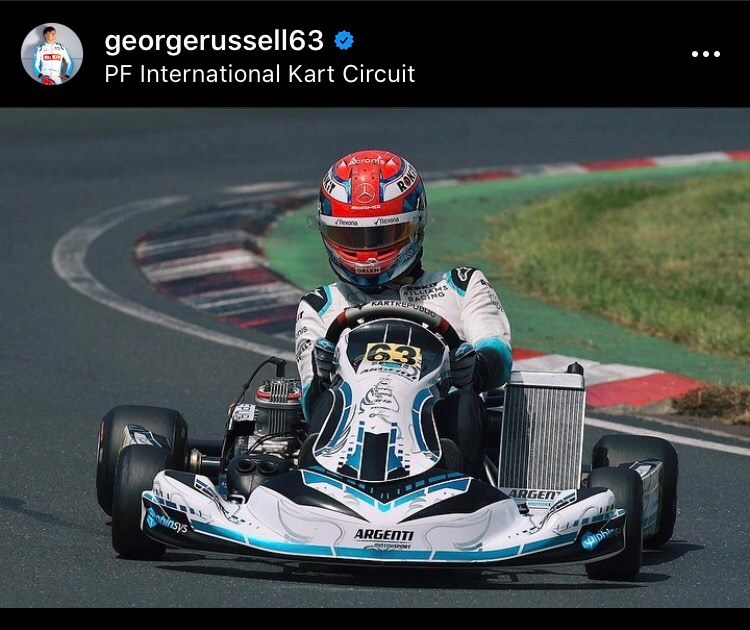 Kevin Magnussen
The Dane, not too lucky during the first race, had left everyone speechless with an on-board video on his kart directly from a drone. 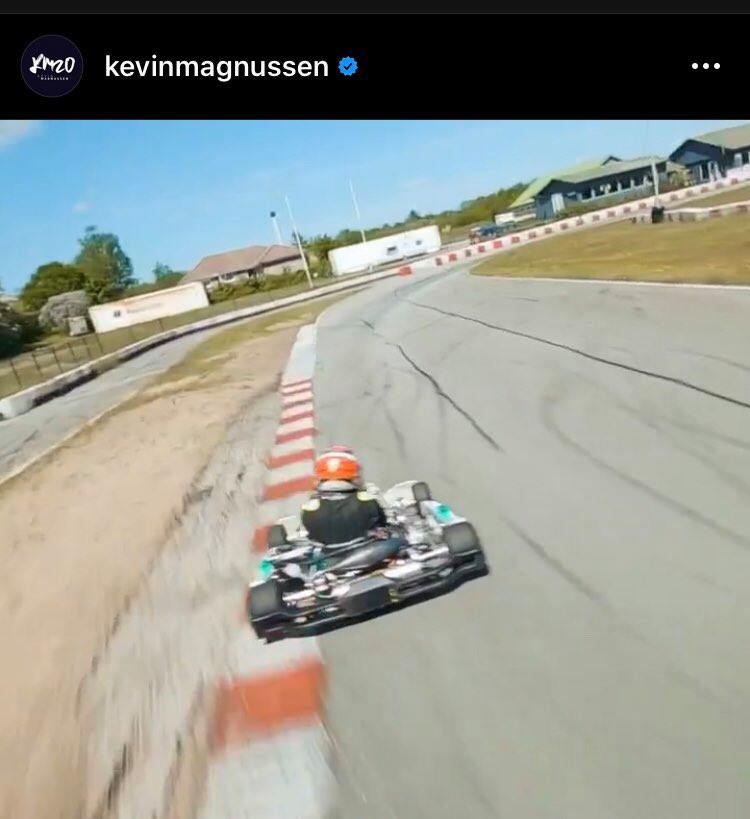 So many great returns that, we are sure, will soon have a sequel!
S.C.
Credits: Instagram