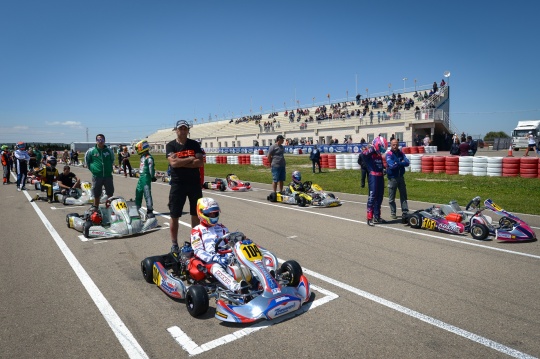 Author: Vroomkart International
On the weekend in which the first round of the FIA ​​OK and OKJ European Karting Championship was supposed to take place in Zuera (postponed by Covid-19), we'd like to remember what happened the last time the FIA ​​stopped at the Zaragoza circuit. It was 2016 with the OK/OKJ and KZ drivers and a Spanish surprise on the podium.
The 2016 season marked the beginning of the era of OK/OKJ engines, which replaced the KF/KFJ. After the first races in the WSK and Winter Cup, Zuera marked the debut of the new engines in the FIA ​​calendar, the venue chosen to open the continental championship of the categories.

Drivers from 34 countries thus met on the International Circuit of Zuera, divided into three categories. France with 19 drivers was the most represented nationality, followed by Italy with 17 (7 of which in KZ), Sweden with 12, Spain with 11, and Germany and Russia with 10 each. In the new OK and OK-J, following the KF/KFJ trend, the Junior drivers were and are significantly more numerous, reaching 75 competitors on the track, compared to OK, with 38 drivers (this trend was then balanced for the following season, when the FIA ​​decided to lower the maximum age to switch from OK-Junior in one year).
Turning to the sporting side of Zuera 2016, Spanish territorial karting was well represented, from David Vidales in OK-Junior on his first appearances as an official Tony Kart Racing Team driver. Spain is also well represented by DPK Racing, with Genís Cívico, using the CROC chassis in its "Jules Bianchi" version, created in honor of the late driver. In the OK category, the big Spanish names were Pedro Hiltbrand, Champion at the end of the season, and the great Marta García, fighting for victory on the home track. 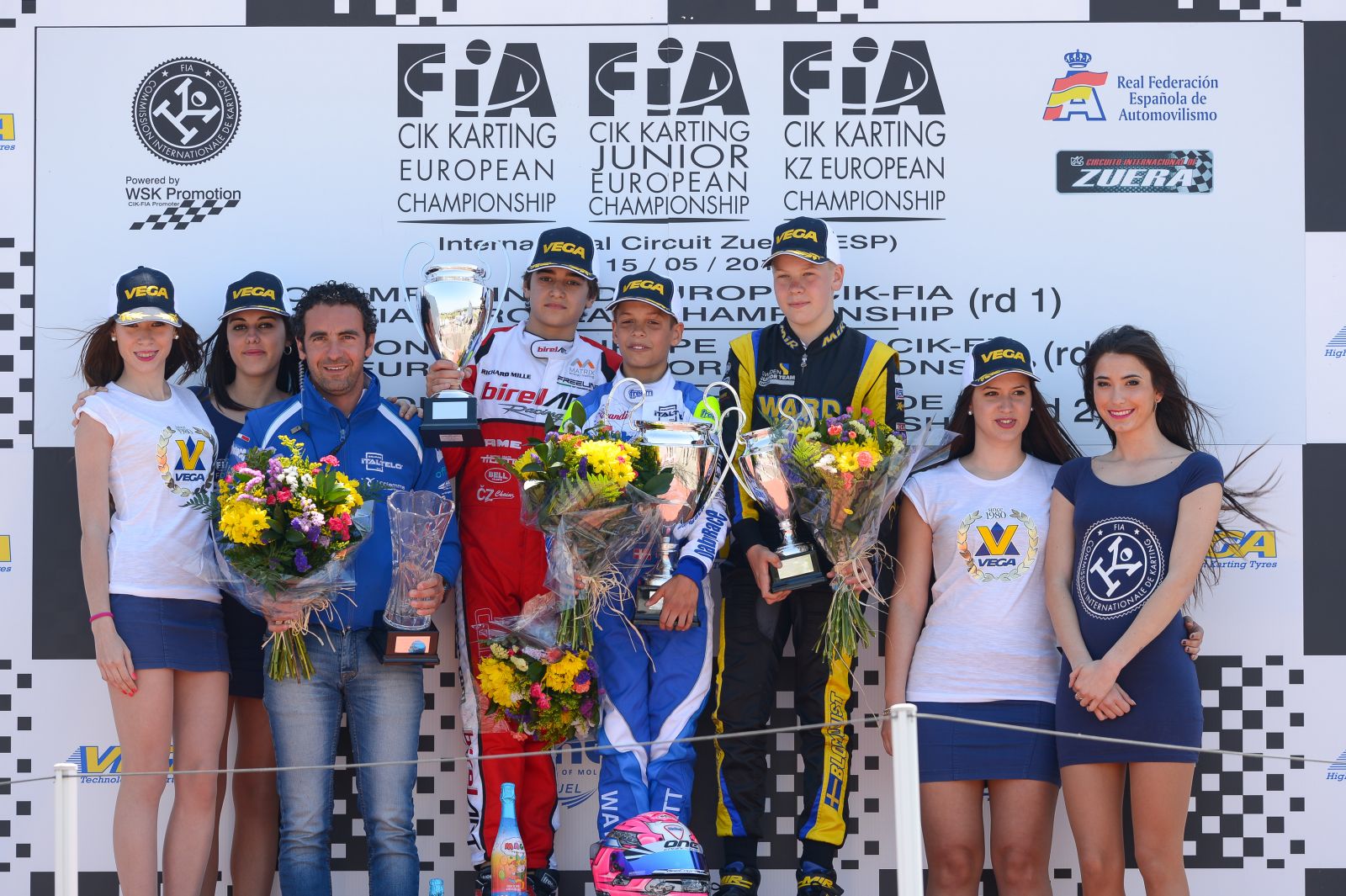 OKJ - Watt in front of Collett and Blomqvist
After the usual qualifications and the pre-finals of the epoch, the first surprises were dictated by the Spanish drivers with a fighting Vidales and then at the bottom of the group after the crash with the Australian Oscar Piastri. In the second pre-final, it was Sami Taoufik who took the stage and then retired due to technical problems. In a hard-fought final, as pre-announced by the pre-finals, it was Noah Watt who crossed the finish line first followed by the Birel Art driver Caio Collet on the second step of the podium and by Isac Blomqvist in third.

OK - Marta Garcia/Pedro Hiltbrand Show, victory for Basz
Marta García, after shining in the qualifiers with less than a tenth off the pole, then managed to assert herself in the home heats too, to close in the front row for the pre-final with the poleman Tom Joyner. The final race marked a real show by Pedro Hiltbrand who, after some problems in the prefinal, from position number 32 on the grid managed to climb the rankings by 23 positions on the first lap! With a series of fast laps, the Spaniard then slipped behind Marta García in top five ... just before having to say goodbye to the race, due to engine problems. It was therefore up to Marta Garcia to bring the colors of Spain high, surpassing Logan Sargeant first and then Christian Lundgaard. Not without risk, the Spaniard then managed to climb the third step of the podium at only 40 thousandths of a second on Sargeant. In first position, an authoritative Karol Basz in front of Christian Lundgaard, who returned to the Garcia. 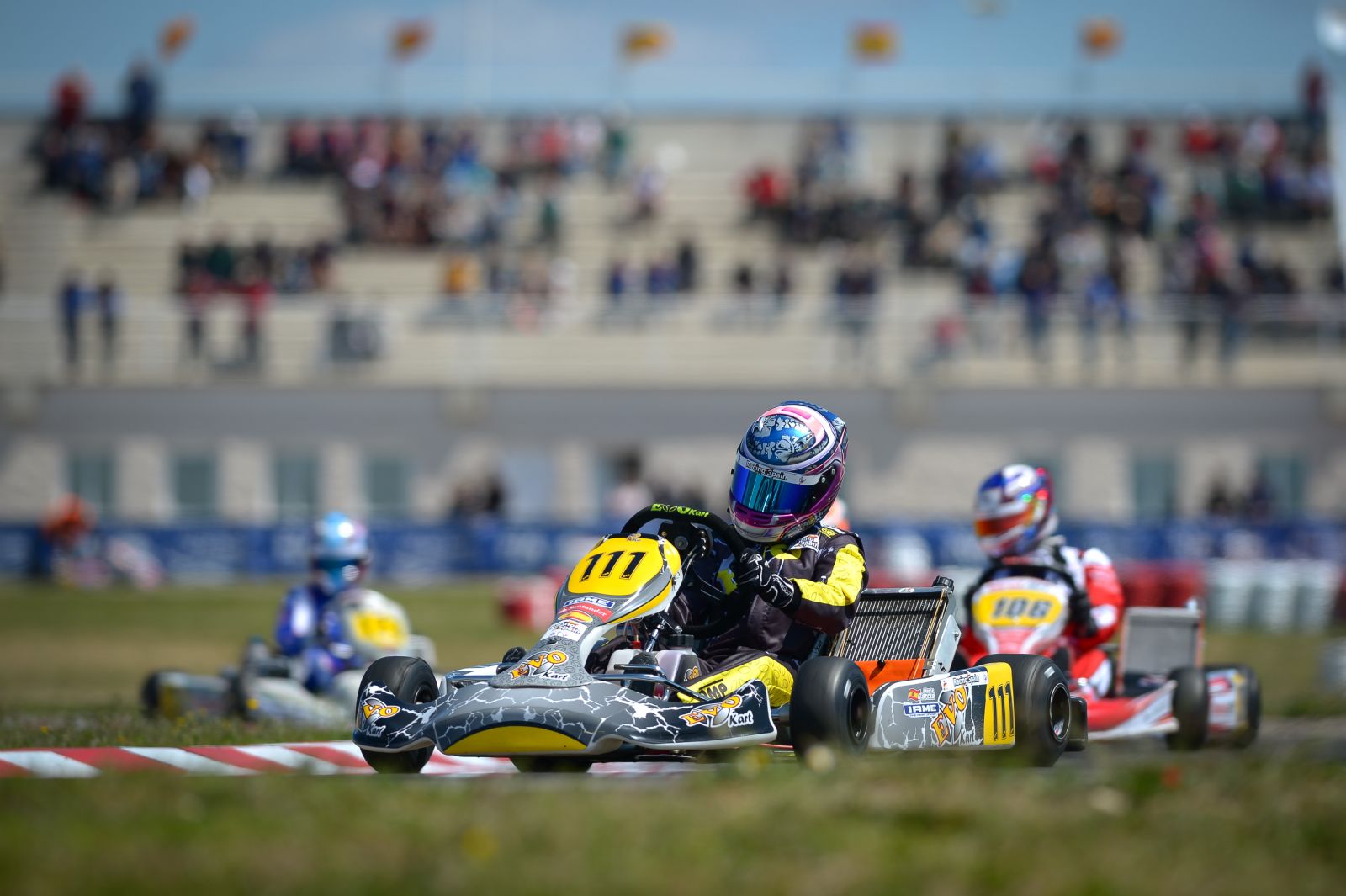 KZ - Unrivaled Hajek
In the KZ, little Spanish presence but a lot of show among the top drivers in the category. After the initial pole position, Patrik Hajek also continued his lead in the heats, guaranteeing himself pole position for the pre-final ahead of Bas Lammers and Jeremy Iglesias. In the pre-final, Hajek confirmed success by leaving behind him the fight for the first finals, then sanctioned by Iglesias and Paolo De Conto, who climbed from his starting position. In the Final, a masterpiece completed by Hajek, unbeatable, the winner under the checkered flag, with second place to Iglesias and third place for Marco Ardigò in comeback! 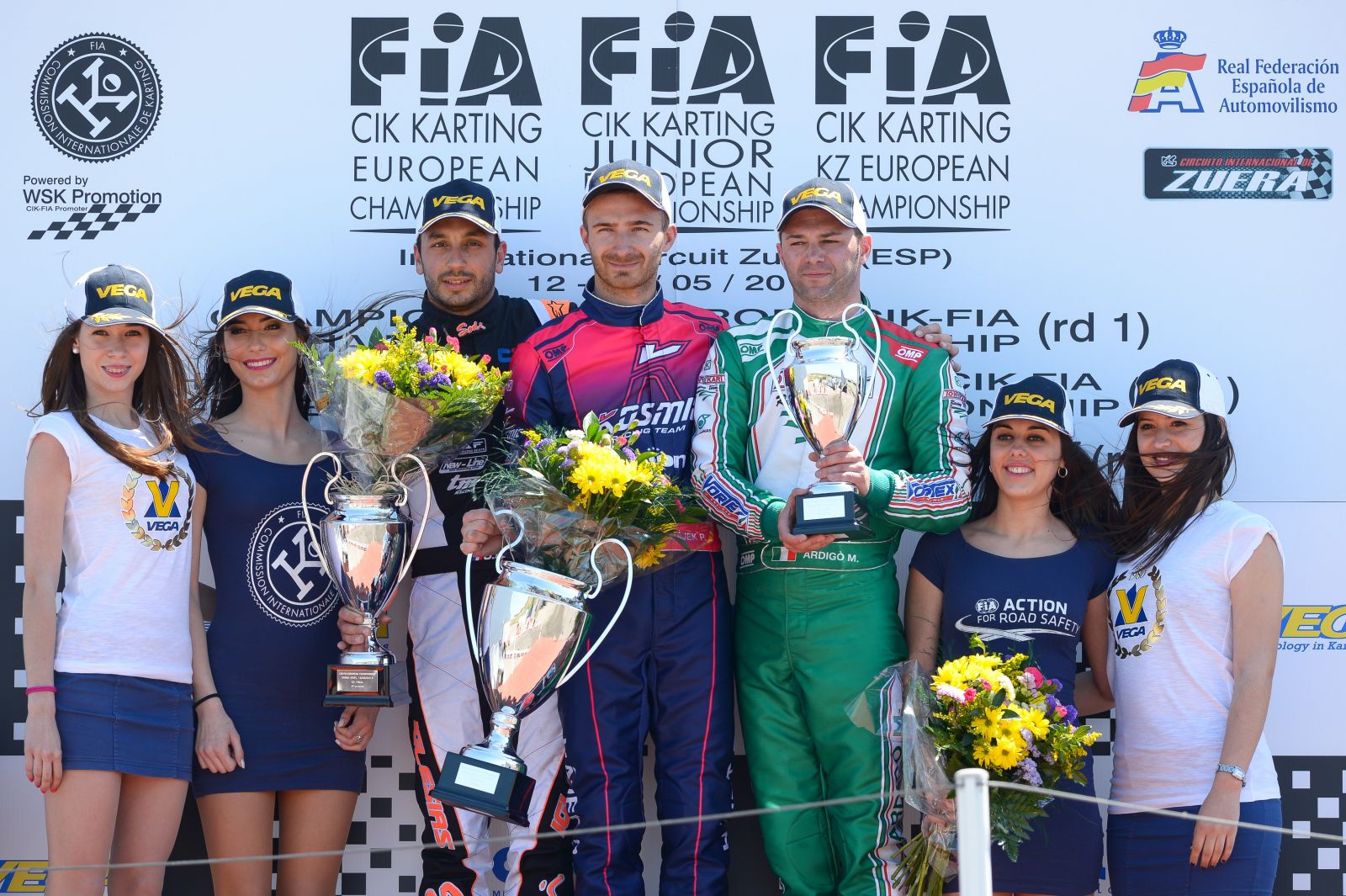 The weekend of 2016 has thus allowed us to relive some of the Spanish atmosphere that we would certainly have found this weekend and that we will hopefully find again in August when Zuera will live the 2020 season.