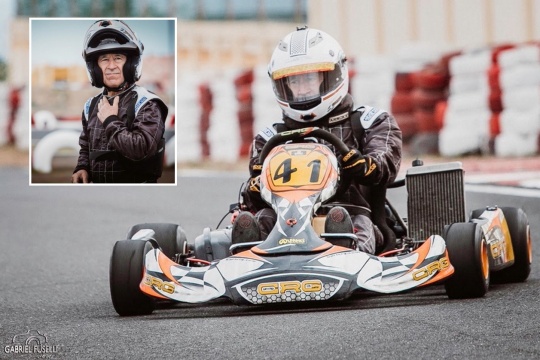 Author: Vroomkart International
Amando Solla is 78 years old and had to wait to 67 to have his first kart. Since then, he has gone to the circuits on weekends as an enthusiast to enjoy his passion. In this difficult period, he, like everyone else, has been forced to put his kart aside because of the pandemic, and waits to get back on track soon!
Amando Solla (Pontevedra 1941) lived half his life in the Canary Islands, where he arrived in August 1980 after living in places like Madrid, where he drove a kart for the first time, in 1971, as he himself says: "At that time, you could rent and try some karts in the country house, and that was where I was able to drive one for the first time. I was 30 years old."

That was only a fleeting experience; subsequently for work reasons, Amando was then forced to move to the African continent, in Mauritania, where he lived before landing in the Canary Islands of Fuerteventura in the 1980s, where he still lives today. Even if karting was already enjoying a certain presence on the peninsula, the situation was different on the island: "Karting had not yet arrived, there was nothing."

Thus, Amando's love for karting was forced to wait a few years more before blossoming completely, before being one of the many amateurs who arrived on the circuit on the weekends to enjoy his hobby. "The first time was about eleven years ago when I bought my first kart. I was 67 years old." Although a few months earlier, in the workshop where he developed his profession, he had built a kart himself, with the idea that his nephew would have tried it also. "First I built mine, with a 100 cc pneumatic engine, then I already bought several in the following years, a Birel, a Tony Kart and a CRG, all with a KZ2 engine, and then a CRG Rotax DD2, which is the one I drive today, here in the Gran Karting Fuerteventura." 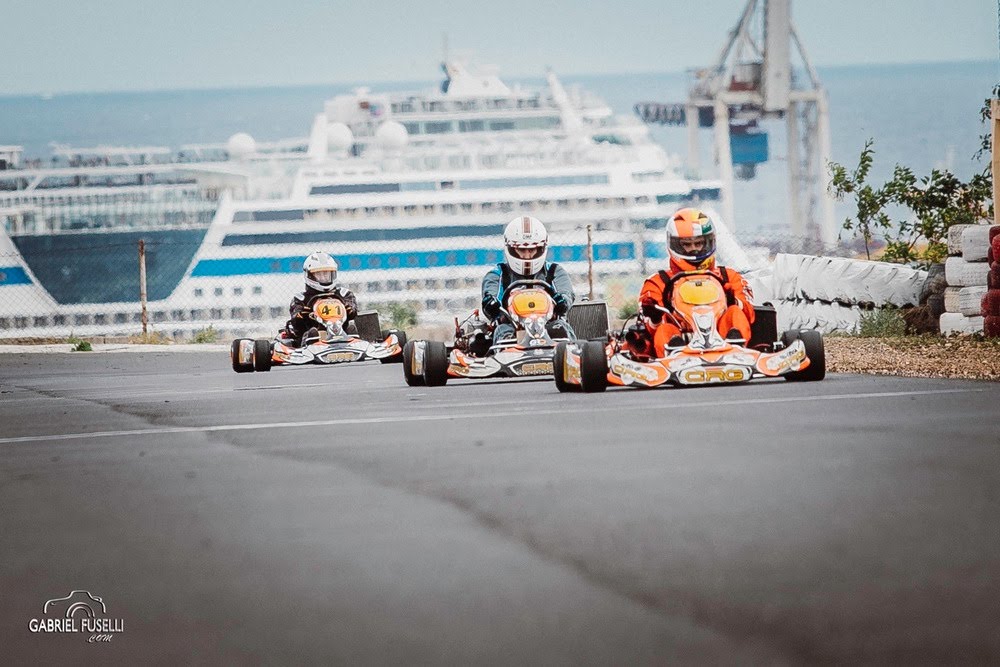 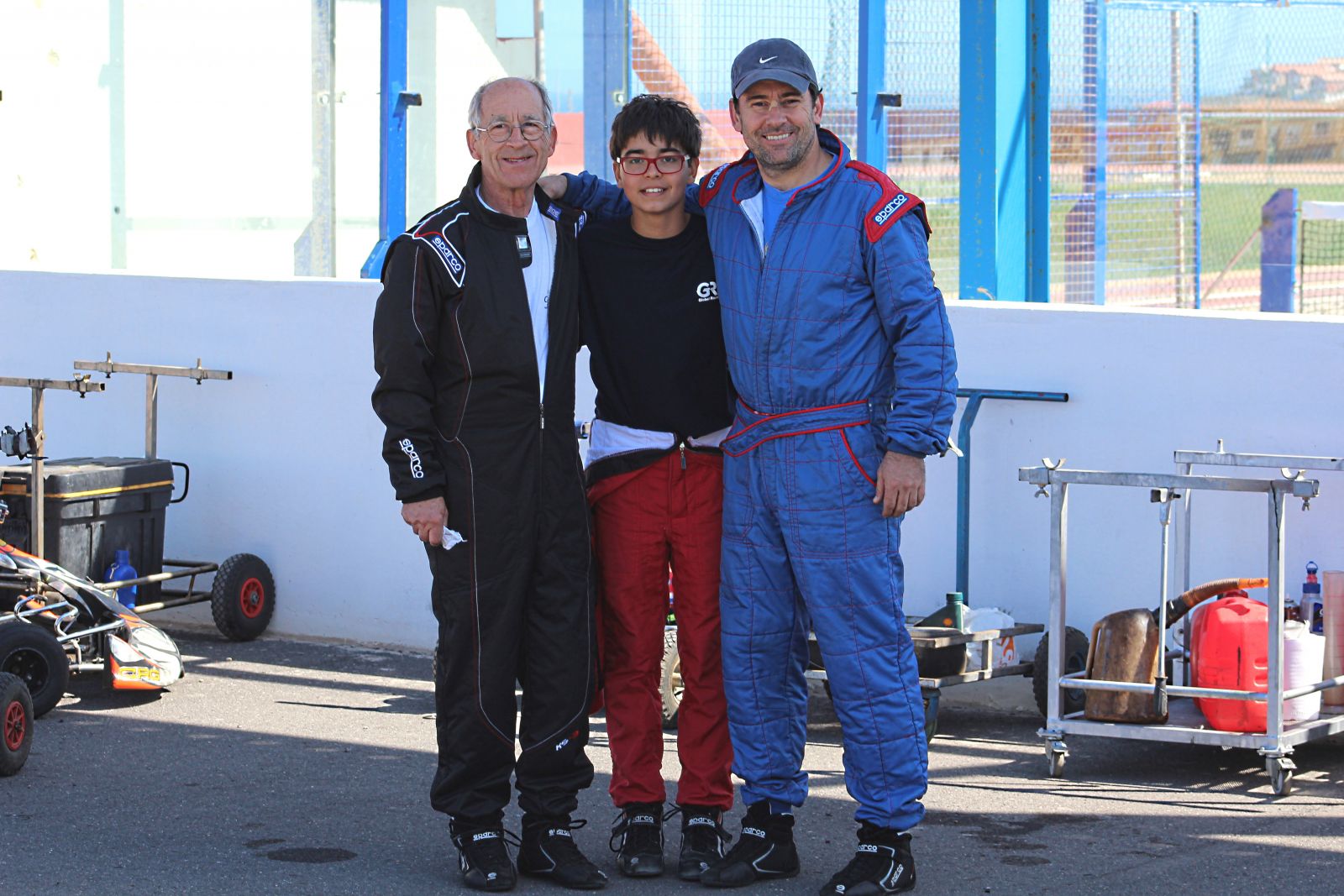 Saturday is usually the day chosen to go to the circuit, where Amando and a dozen friends meet on the track "I usually do 10-12 laps like everyone else; they're about 30 years old. In the group, there's also my son, who is 50 years old, while the second one by age after me, is about 64. When I stop, it's usually because of my neck; it often slows me down; if it weren't for that, I could run longer."

However, Amando doesn't limit himself to puttering about, karting slowly. "The faster ones have a gap of about a second and a half on me. If the lap time is usually, depending on the day, between 45 and 46 seconds, I do 47 and a low 48." What he enjoys most about karts is speed. "Sometimes we go to Lanzarote on a track with a longer straight, where we can reach higher maximum speeds. It's the thing that most entertains me in karting, the feeling of speed it returns to you has no equal."

The case of our nearly 80-year-old protagonist is exceptional, helped as he says by good genetics, but also by an active and healthy lifestyle.

"I have good genetics and I remain active. I live in the country with a lot of space around, 500 meters from the sea, there is no industry or pollution here. I go out with my German shepherd to run, about 2- 3 kilometers per day, although now with the confinement order, it's not possible."

Hopefully soon we can go karting again and, of course, head back to life in the paddock.