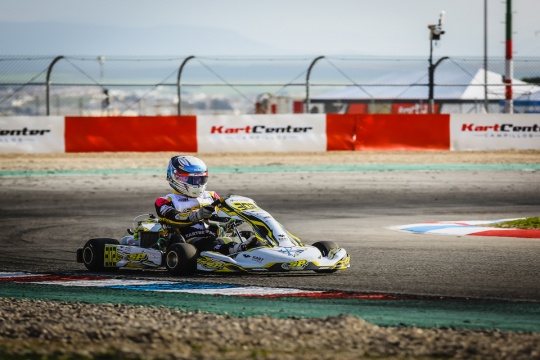 The Finn defended SP Motorsport’s honor and, despite it being his very first experience in international competitions with Rotax concept, he drove amazingly, taking the overall victory.

Valtanen was one of the fastest in Senior MAX starting from free practices,  but a strong Sean Butcher did everything possible to surprise Valtanen, but without success.

«The Winter Cup in Campillos was amazing,» Valtanen told Vroom. «This was my first international race with Rotax engines, and also the first time in Campillos. I enjoyed it a lot, to be honest. We were able to improve speed through the weekend. The result was what we expected, with a bit of luck in the end because winner received a penalty but… it’s racing».

«The atmosphere in the SP Motorsport’s awning was really good. I enjoyed working with Stan’s crew. It’s a very  professional team!»

And about the Rotax concept… «It’s easier to ”handle” because you don’t have to focus on carburetor set up, and of course it’s the right concept to learn how to drive for the young drivers».