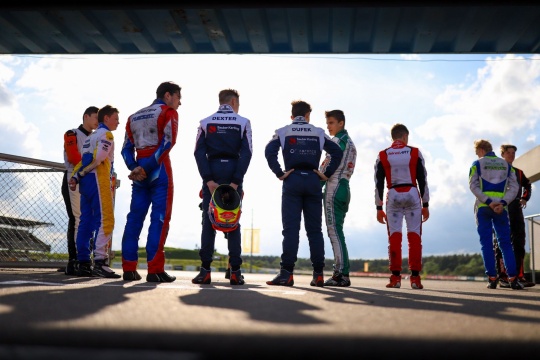 Author: Vroomkart International
The COVID-19 emergency has by now triggered the long-awaited chain reaction, especially thanks to the new regulations imposed by the Italian Government.
In addition to all the restrictions and "proper norms" observed by everyone, the world of karting and motorsport in general is experiencing a new chapter which, inevitably, leads to criticism, reflections and considerations by the whole circus.

The Prime Ministerial Decree of 4 March 2020, as also reported by ACI, provides that sports events are carried out but only without the public in the case of outdoor sports. Legislation which obviously also includes karting sports events which will therefore take place but in a different formula.

What has animated the sector in the past few hours is the big question "but what actually changes?" The problem (if kart races of this type may be thus called) is currently not so much the large size of the public or fans attending such events, but rather the high number of professionals (drivers, teams, mechanics, family members) who usually register in an event with 3-4 categories, as in the case of the WSK (confirmed in full for the next events).

Does allowing the running of the race, but without the audience, actually change anything? Does it make sense to apply the "football" rule of closed doors in a world that often has its employees as its very audience? Who will be able to enter the track, stay one meter away from the other, avoid contact? What if there will be contagions inside the paddock? Many questions have followed one another in quick succesion these past few hours.

In this regard, we wanted to give space to various thoughts or considerations from the paddock, the team managers, drivers and the families themselves.

Danilo Rossi: “Personally I struggle to understand at a general level. I'm very worried about what will be the economic damage not only in the sport. For our world, not traveling could be very serious damage. On the latest regulations I think: has the public ever been a problem? It certainly doesn't change the situation. Karting, except in some cases, does not live on the track due to the public but of all the people inside it. We move a thousand people and more each time, therefore the "restriction" in my opinion does not involve changes. Is it right to race? I hope this formula allows us to do so, obviously, but it's certainly something that is not known. We don't really know from here to a week or from here to April 3 what will change and if it will change, surely it will have to be explained and interpreted to effectively understand who can come on to the track and enter.”

Paddock voices (drivers and families): “As if there had always been stadium-size cheering at the races! So what will the children with parents in tow do? Parents outside the circuit?”

"Are the parents of underage drivers included in the audience?"

“How can they guarantee safety with medical personnel? Let's say there are 200 drivers and at least 2 other people or 3 in tow; are there 600 people to check?”

“And all the people who work in the competitions what do they then do, remain fenced in, instead of returning to the most disparate locations in Italy or Europe?”

Antonio Renda: “I haven't well understand what is intended by running behind closed doors, also because normally the public is represented by relatives and companions of the drivers themselves. Therefore, it is to be understood whether the ban will also apply to parents and access only allowed to team managers and mechanics, besides drivers. Karting is not like football, so it's not about tens of thousands of spectators. Postponing all races, if not canceling them, until April 3 would be a great disaster, especially for those who have already agreed and organized a program for the whole season, skipping 3 or 4 races would mean enormous economic and organizational damage for the rest of the season. It is really difficult to make a decision even if personally I am among those who think that with this COVID19 problem they are exaggerating enormously. Every year, the normal flu reaps the same number of victims aged over seventy years old.”

Club competition organization: “It's a strange situation because the regulations are football-based, but they are not good for all disciplines. The problem is not the public as much as the people in question! How do you ensure maximum control? There will be a need for medical attention. We personally decided to stop the eight races scheduled between now and April 3, especially because we cannot guarantee everyone's safety in such a large paddock.”

The situation therefore does not seem entirely clear, the races are currently confirmed but do stay tuned to the next few hours for any last minute changes or news.