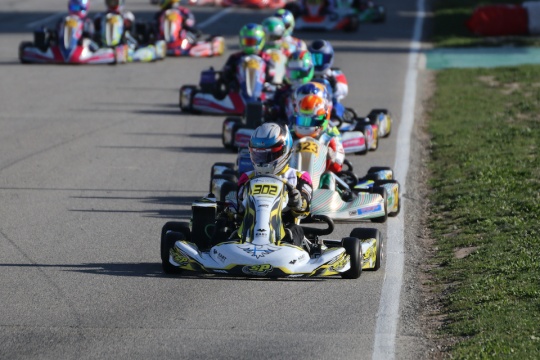 Author: Vroomkart International
All is set for the BNL Kick-Off programmed at the Karting Genk: The Home of Champions.
In just over a week’s time, the “Home of Champions,” Belgium’s Karting Genk, will play host to around 150 drivers from 18 nations from across the globe, as the BNL Karting Series gets its thirteenth season underway on March 7th, 2020, ahead of a three round calendar this year.

The 1,360-metre-long circuit, based in the Limburg region, has seen plenty of current day racing superstars pass through its doors over the years, including the likes of Max Verstappen, Jenson Button, Robin Frijns, André Lotterer and Stoffel Vandoorne, amongst others.

It provides the perfect technical challenge for the drivers to contend with over the course of the weekend, along with all other factors that will include the competition and maybe even the weather.

Instead of it being just one full day of work for the drivers, the timetable has been amended to allow for qualifying to take place on the Saturday afternoon at 1630 CET, with the racing getting underway at 0945 CET on Sunday with the first set of heats for Junior and Senior Rotax.

Senior Rotax will be the only class that is completely filled with 40 drivers in total, with Juniors the most subscribed with over 45 to their ranks, being the only class to have a Second Chance heat.

All six classes will run separately, which includes DD2 and DD2 Masters, with the weekend winners each taking home an entry ticket for the Rotax MAX Challenge International Trophy at Le Mans in late July this year. Entries are still currently open for the remaining five classes, for those wishing to still enter, and can do so via the following link: https://rotax-ems.com/GFT

Coverage of the event will be provided via the official Camp Company GmbH YouTube channel, along with an audio-only broadcast through Downforce Radio’s “Rotax Radio” program, which covers the BNL Karting Series and the RotaxMAX Challenge Euro Trophy in 2020.
© photo: T. Deck