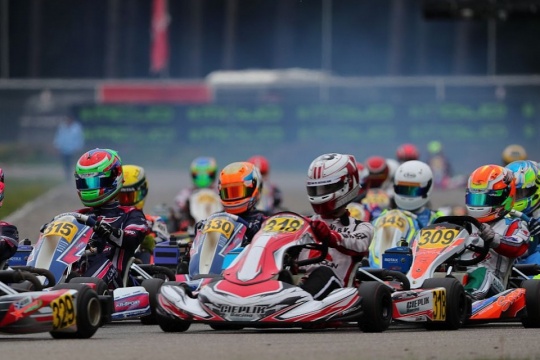 Author: Vroomkart International
The BNL Karting Series looks to have a hefty grid for its traditional “Kick-Off” at Karting Genk in early March.
The first weekend of March (7th & 8th) will see over 120 drivers head to the “Home of Champions,” Karting Genk in Belgium, with Rotax power providing the performance to six different classes over the course of the weekend.

Drivers from 16 different nationalities, including the Netherlands, Great Britain, Spain and even New Zealand, will race around the challenging 12-turn, 1360-metre circuit, vying for one of six tickets for the 2020 Rotax MAX Challenge International Trophy, which takes place at Le Mans International between the 28th of July and the 1st of August.

The organisers for the event have had to extend the Junior MAX class from 36 to 54 maximum entries, due to the hefty interest from many different drivers looking to stake their claim in a place on the grid at Le Mans.

It sees the start of the 13th season of competition for the BNL Karting Series, which first started back in 2008, and clearly shows no sign of slowing down ahead of another exciting year in prospect.

"We are really pleased with the response for the Grand Kick Off in just over a fortnight's time, with over 120 drivers coming to the ‘Home of Champions,’" stated series organizer Dave Ritzen.

"For us, it showcases that with our history of just who has raced in our championship, such as Rinus Veekay, Glenn Van Parijs, Jessica Båckman and Oliver Askew, that the BNL Karting Series is stronger than ever, and a great training ground for future racing superstars."

The event will be officially live streamed directly from the circuit itself, thanks to Camp Company GmbH, along with a dedicated audio-only stream, via the Rotax Radio channel provided by UK-based motorsport station, Downforce Radio, who enter into a audio partnership with the BNL Karting Series for a second successive year.

For those wishing to enter the BNL Karting Series Grand Kick Off, you can head to the following link: https://www.rotax-ems.com/GFT