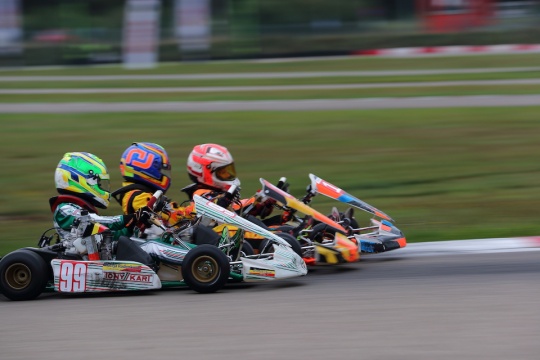 Author: Vroomkart International
The Rotax MAX Euro Trophy classes expand to six for the first three rounds.
The Mini MAX class will be part of the Rotax MAX Challenge Euro Trophy, starting from Genk round.
Following on from a public survey to see whether a sixth class would be welcomed for the third season of the Rotax MAX Euro Trophy, the votes submitted showed an average of over 80 percent on the polls listed on both Facebook and Instagram, series promoters Camp Company GmbH have now officially announced that Mini MAX will further bolster the ranks for the first three race weekends of the four-round calendar.

Along with the welcome introduction of Micro MAX, both Micro and Mini classes will require a maximum of 20 drivers per weekend, which will be capped at an absolute maximum of 36 total racers.

With both Micro and Mini MAX, the weekend winners at Karting Genk, Adria Karting Raceway and Paul Fletcher International will receive a prestigious entry ticket for the 2020 Rotax Max Challenge International Trophy, which takes place at Le Mans between July 28th and August 1st.

“We are pleased to also introduce the Mini Max class for this season, especially with the response that we had just recently on social media” stated Camp Company GmbH CEO Meik Wagner.

“It will also provide a further chance for us to provide more action via our dedicated live stream, along with helping to promote future talents through the Rotax racing ranks”.

Entries for the first of three rounds for the Mini Max class will be open for submission on February 24th, the day after the Rotax Winter Cup concludes at Circuito Karting Campillos.

For further information on the Euro Trophy, head to their dedicated website: https://www.rotaxmaxchallenge-eurotrophy.com