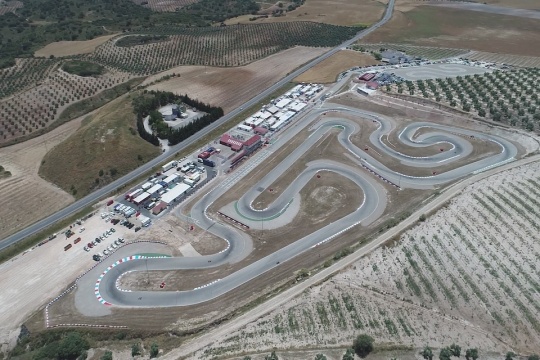 Author: Vroomkart International
The reinvigorated Rotax MAX Challenge Winter Cup, taking place at Circuito Karting Campillos next February, is proving to be popular.
Since it was announced back in mid-September, that the Winter Cup would return, with it taking place at the Andalusian circuit between February 21st and 23rd, there has been a very big interest in all five classes that will be heading to the 1,580-metre circuit.

Almost 240 drivers from nearly 30 different nations have expressed their interest in this event, which will be live-streamed via YouTube and audio streamed by Downforce Radio globally, with entries as far east as the Philippines and Japan having been secured.

A prize fund approaching 31,000 Euros has been arranged by the Rotax MAX Euro Trophy promoters, Camp Company GmbH, which includes season entries for the entire four-round calendar of the Euro Trophy for 2020, along with entry tickets for the International Trophy (Le Mans), which will take place between July 28th and August 1st in the Sarthe region.

Entries are still available over some of the classes, with Junior MAX and Senior MAX heavily over-subscribed at this time.

Micro Max will make its début on the Euro Trophy schedule for the Winter Cup, along with the first three rounds of the calendar.

The 2020 Euro Trophy season begins at Karting Genk on the Easter holiday weekend (April 10 – 12), which is almost 75 percent full at the moment, as there is just under two months to go.

For further information on the championship itself, head to https://www.rotaxmaxchallenge-eurotrophy.com
A. Goldschmidt - © photo: Karting Campillos