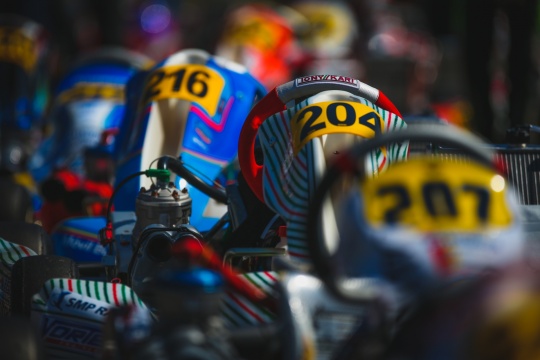 Author: Vroomkart International
The 7 Laghi Kart of Castelletto di Branduzzo will decide the new champions of the WSK Open Cup in the 60 Mini, OK Junior and OK categories.
In the 60 Mini, Nikola Tsolov (Team Driver) will have to confirm expectations after his victory at the South Garda Karting, which saw him triumph over Rashid Al Dhaheri (Parolin) and Anatoly Khavalkin (Parolin).

In OK, Taylor Barnard (Rosberg Academy) will have the task of keeping the bar high after the victory in Lonato, but beware of the trio composed of Pedro Hiltbrand, Lorenzo Travisanutto and Joseph Turney (Tony Kart Racing Team), who will certainly give a hard time to the British Roserg Team driver.