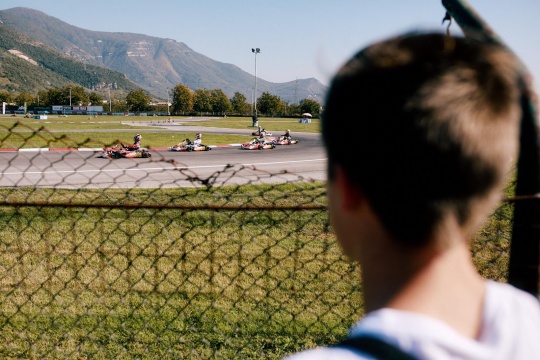 Author: Vroomkart International
Today the Qualifying Practices gave the first official results at the Circuito Internazionale Napoli.
MICRO MAX - In the entry level category the Argentine Thiago Falivene was the fastest, followed by the American Ben Maier and the Australian Jay Urwin.

DD2 - The Czech Petr Bezel set the pace in the qualifying heats, but will look over our shoulders from our Luca Munaretto, who “payed” a delay of only half a tenth.
Follow the two Frenchmen Nicolas Picot and Lucas Joly, while the other Italian Cristian Trolese closes the top5.

DD2 MASTER - The Austrian Roberto Pesevski gets the pole in the DD2 Master against the Finnish Antti Ollikaine and the South African Nicholas Verheul.
In fourth and fifth position followed by the Argentine Matias Rodiguez and Henrijs Grube.

E-KARTS THUNDER - In electric karts, the Swiss Jasin Ferati broke the pole by more than three tenths against Jie Kao and Jort Coone.