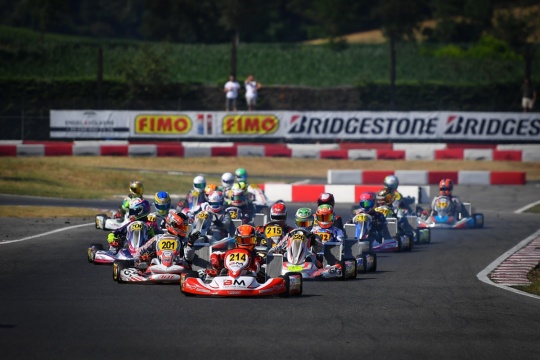 Press Release by: Rok Cup
Only a few days left for the Rok Cup Superfinal 2019 start. The best drivers coming from 35 countries are expected for the 17th edition of the Rok International final, 435 Rokkers are coming to the South Garda to become the protagonists of a special event.
435 ABSOLUTE PROTAGONISTS. Are there any favouritesamong the 435 Rokkers getting on track? Which Countries will bring the best team? Will we have new protagonists also in this edition of the Superfinal?
Answering to these questions is simply impossible, as this is a highly competitive event, but we can recollect the international champions in action next week.
In the category of the most “Expert” Rokkers we find the Polish Daniel Zaiac, ready to defend the title of the category he dominated in the last edition.
In the Super Rok, two international champions will get on track, the Italian Mattia D’Abramo (2017) and the Andorran driver, the current champion, Alexandre Machado.
The American Connor Zilisch, Mini Rok 2017 champion, will undertake to win the title also in the Junior Rok, getting the same result the Italian Federico Cecchi gained in the Mini Rok category in 2016 and, later, in the Rok Junior category in 2018.
The target of winning in different categories will be a spur for Riccardo Cinti, already winner of three international titles in the Super Rok, and now among the Shifter pretenders. Cinti will face the current champion, Andrea Zemin, who banished him to the second position last year.
The Shifter will be the category with the highest number of titled drivers in the race, actually, besides the above mentioned Cinti and Zemin, the champion of the Super category (2011-12), Cristopher Zani and the winner of Junior Rok 2017, Luca Bosco will also join the fight.

COVETED AWARDS. A worldwide event, such as the Superfinal, keeps its good reputation even in the prize money, quantified in Euro 50.000.
We will go into detail during the Superfinal week, where we will list the prizes, but we remember that the 2019 champions will be given the Rok The Rio race in Las Vegas (USA), or the Rok Asia Final 2019 in Singapore.
As always, there will be the final Rok Party. During this fantastic final ceremony to be held in the Rok tent inside the paddock, Saturday 12th October, the first of each category will be awarded and thanked the 435 incredible protagonists of the Rok Superfinal.

A SOCIAL SUPERFINAL. The official social media, Rok Global (Instagram, Facebook and You Tube), will follow the Rok final with live streaming, interviews, news, photos and any kind of information.
On the Saturday of the finals (12th October), those who are not lucky enough to be in Italy on the South Garda, will be able to enjoy the Rok Cup Superfinal show in live streaming!

TIME TABLE. The provisional timetable can be downloaded on the official website rokcup.com.
It will get serious on Wednesday 9th October, with tire distribution and sporting checks. On the same morning of Wednesday, the first free practices sessions will be run.
On Thursday, in addition to the free practices sessions, the mandatory briefings will be held for all 435 participants. The technical checks will precede the heats. At 10.50 am on October the 10th, the first competing the qualifying practices will be the Rok Junior and, at 1.20 pm (approximately), we will know all the poleman names.
At the end of the qualifying practices, the qualifying heats will start, quickly spinning towards the peak of the event, on Saturday afternoon, with the Superfinal finals.
For any further detail, you can check the provisional timetable. 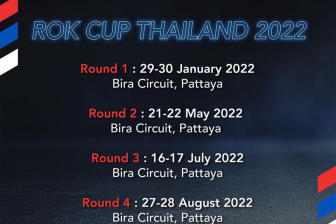