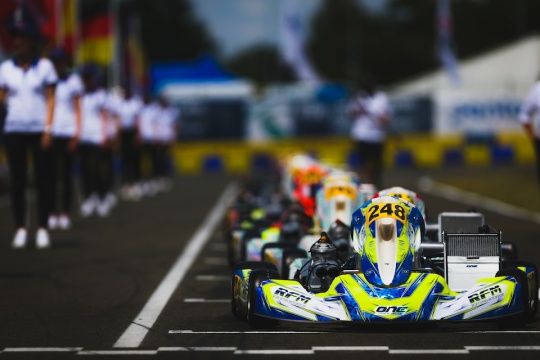 In spite of the rumors we reported here, the latest indiscretions are that the government of São Paulo has approved the financial plan proposed by the Paulista division to bring the CIK competition to the Speed ​​Park Birigui.

This story of the CIK World Championship in Brazil was first born last year with the arrival of Felipe Massa as CIK President and answers to the desire to make the competition global also geographically. The Speed ​​Park is among the world's most modern facilities, but the large deployment of economic resources and personnel required by travel, given that all the teams are based in Europe, has rendered things difficult since the very beginning. This is a game thus playing itself out between the financing government, CIK and the teams, which are demanding a significant financial commitment from the host country.

But why is it so difficult to bring the CIK World Championship to Brazil?


In addition to what has just been stated, there is another problem, namely the length of the journey – that is, the shipment of material – as Customs would be holding all the equipment for several months. If this is a relative problem for the builders, on the contrary it represents a great obstacle for private teams, forced to deal with and count on the need for more equipment – and, therefore, higher costs.

Moreover, in a critical historical period for karting, due to the dizzying rise in costs, such a competition would have a considerably higher price for drivers and to the detriment of the number of participants. It is precisely here that the work of the Paulista Government and of the CIK enters the game, called to negotiate an economic aid plan or package for teams and drivers.

Once this problem is resolved, then, the CIK World Championship in Brazil could indeed become a reality. A source close to us has indicated the next meeting as being the moment of truth for the event's fate.