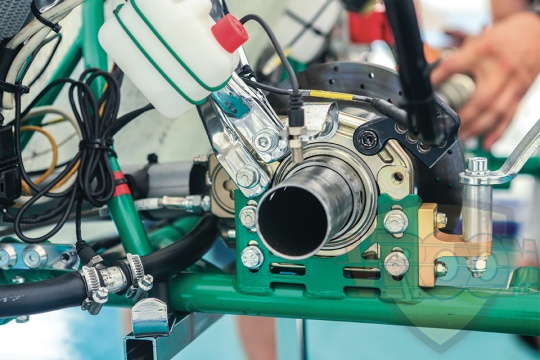 Author: Vroomkart International
One of the basic settings of a kart is the type of rear axle. But what actually happens when we change it? Let’s see it in detail thanks to the data acquisition of Officine in Progress by M. Voltini and A. Saccucci - photo by D. Paolicelli
During the track test with the Vortex-powered Tony Kart for the Rok class that we conducted on the Viterbo track and published in the December issue of Vroom, and taking advantage of the fact that we had installed all the data acquisition equipment of Officine in Progress, as well as of the presence of the manager Andrea Saccucci and of the official Vortex team, we wanted to carry out another small side event of the test we were conducting. We wanted to change the axle to see what this would have determined and how we would have found the differences from the point of view of the instrumental data. Just to understand (and have readers understand) better how the mechanical characteristics of what to a novice or outsider would look like a simple tube of 50mm in diameter has instead an important influence on the set up of a kart.

FROM THE STANDARD N TO THE HARD H
The test began using the standard axle for the Tony Kart production, namely the N model, which we then replaced with the one denominated H, “harder”. In general, the assembly of an axle made of a steel with a stiffer module should provide greater adhesion to the asphalt. Obviously it is not always said that this is good, especially when the track is very rubberized and sticks too much. In particular, the single-speed classes with less powerful engines are more sensitive to this fact: and we have carried out the test on the Junior variant of the Vortex engine for the Rok Cup, the one “throttled” by means of a flange at the exhaust. However, the track was not in ideal conditions as regards the tarmac, that day not many people were running, and so the slippery situation favored the use of the harder axle, as we will see later in detail.

THREE PROBATING CURVES
For an in-depth analysis of the behavior of the two axles, we decided to “baptize” three points of the Viterbo track: the first double curve after the finish line, fast and requiring stability (corner 1); the first hairpin, which is dealt with by firm braking (corner 3); finally, the famous “snail”, with a delicate load passage from left to right at its center and an important acceleration at the exit (corner 8). These traits are shown in image 1, which shows the overall layout of the track acquired with GPS.
So let’s see what were the first findings, shown in graphs 2 - 3 - 4 of these respective sections of the track. On the left, we find data on the harder H axle, on the right those on the softer N-axle. The speed values found in the curve input phases (braking), at the apex of the curve (kerb) and at the exit of the curve (acceleration) were measured. On average, the H axle offered higher values that indicate greater adherence, and this has been found above all in the graph of the snail (4 - corner 8) where the values are greater in all three phases, but above all at half-curve and on exit, when it matters more. Graph 4
to be continued on www.pocketmags.com 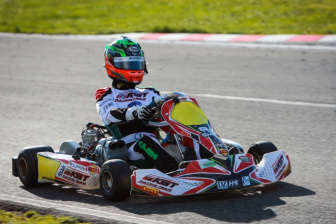 Hand brake, Yes or No 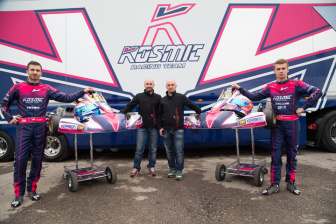 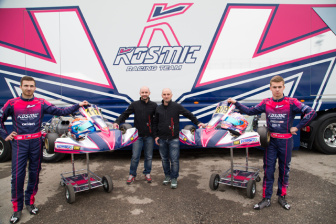