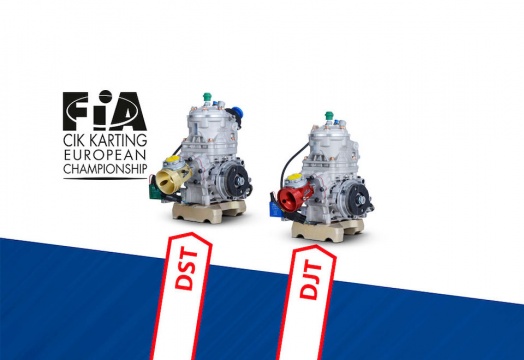 Press Release by: Vortex
Double third step of the podium for Vortex in OKJ in Le Mans: in final with Ugo Ugochukwu and in the championship rating with Thomas Ten Brinke.
OKJ. The Vortex DJT engine proves to be a point of reference of the category in the last round of the FIA Karting European Championship in Le Mans too, both considering numbers (30 registered engines at the starting line and 17 of them acceding to the final) and the results collected throughout the weekend.

Ugo Ugochukwu (Ricky Flynn Motorsport) is definitely one of the protagonists and crowns a top weekend with the third place conquered in the final. The American gains also two victories, a second place in the Heats and the second best lap in qualifying.

In such qualifying heats, another Vortex driver gains the first place: Martinius Stenshorne (Ricky Flynn Motorsport), who subsequently wins 3 heats and gains the fourth place in the final.
The other victories by Vortex arrive thanks to Connor Zilisch (Ward Racing), author of two third places too, Oleksandr Partishev (Ward Racing) and Alexander Dunne (Tony Kart Racing Team), who also gains a second and a third place.

OK. The Vortex DSTengine stands out for its speed and reliability in the category of the most experienced drivers. Dino Beganovic and Kirill Smal(Ward Racing) steal the show, after getting the second and third best time in qualifying, they also gain three and two victories respectively. Beganovic is also the author of two best laps and the best driver equipped by Vortex at the end of the championship, finishing sixth.

In Le Mans, Joseph Turney (Tony Kart Racing Team) gets two victories in the heats, centering a best lap too. In final, the English driver is the absolute protagonist and crosses the finishing line second; unfortunately after the race, he got a 5 seconds penalty forcing him to slip down to the 4th place. Sebastian Montoya (Tony Kart Racing Team) is the other driver powered by Vortex DST in topten during the final. He is one of the most constant drivers of the whole line up, always in topten in the heat he centers a third place.