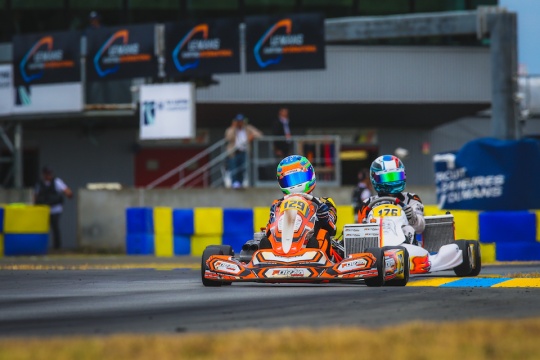 The Belgian driver of Forza Racing, as in France, had to deal with the same bad luck that did not allow him to gain access to the Final.

Stadsbader's weekend was heavily influenced by qualification, in which he found himself having to run in the group when the asphalt was not at its best; this forced him to a series of heats at a disadvantage, which led him to take some risks too and, then, to remain involved in contacts that slowed him down.

Gilles Stadsbader, Forza Racing (Exprit / TM): “It was a very difficult weekend. Unfortunately, there were some factors that prevented us from getting a good result. The qualifying with a track with little grip and some accidents during the heats took me away from the target. It's a pity because in these 2 weeks, considering also the test race, we've worked really hard. I'd like to thank Jamie, Max and all the Forza Racing staff for the unconditional support they have offered me.”

Stadsbader will now take August to prepare physically and mentally for the FIA Karting OK World Championship scheduled for the week of September 8th in Alaharma.