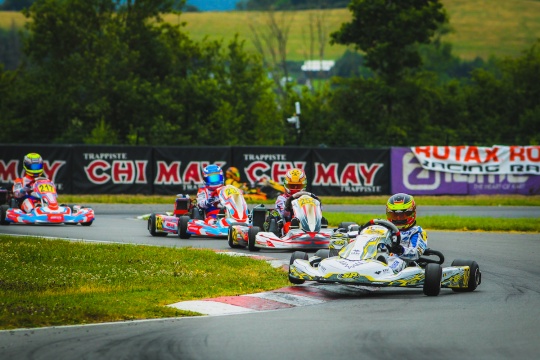 Press Release by: Tom Braeken
Tom Braeken did an amazing comeback that guaranteed him the top10 in the BNL round 2 in Mariembourg
Tom Braeken puts himself in the spotlight during the 3rd act of the BNL in Mariembourg where he finished in P8 on Sunday.

At the Karting de Fagnes the Belgian, in his first race in Junior in the BNL, he distinguished himself for the determination with which he was able to recover as many as 11 positions in the Final.

Unfortunate circumstances saw Braeken in difficulty at the start of the weekend where, in qualifying, he had not gone beyond 15th place. Thanks also to the help of the SP Motorsport team, the young driver was able to recover well during the course of the event until he finished 8th, after starting back in P19.

The adaptation program to Junior thus continues in a positive manner.

Tom Braeken, SP Motorsport: «It was not easy in Mariembourg but, session after session, we managed to carve out our space. The 8th place obtained takes on a very important value for me, since, given how things had started out at the beginning, it shows that we have the right spirit even in difficult times.»