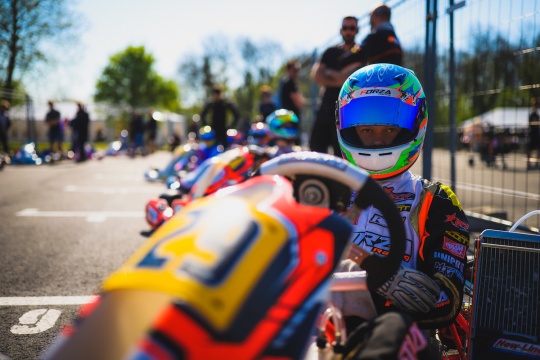 The Belgian driver started the weekend with 25th place in qualifying, due to the fact that he found a driver on the return lap during his fastest lap. This forced him to take an "aggressive" attitude during the heats and take some risks too.

A feeling with the tires still to be found until the end saw him in 27th place at the peak of the heats. A black Sunday from the point of view of fate between Prefinal and Finale then forced him to retire.

Much, however, data collected together with the Forza Racing team on race days; data that will be used as a foundation of the work that will be carried out in the coming days and during the event.

Gilles Stadsbader, Forza Racing (Exprit / TM): «As far as the result is concerned, I am obviously not satisfied; a set of tires that were not the best forced me to "row" on Sunday. In any case I have gained a lot of experience on a track unknown to me with the Senior engine; I am sure that the efforts made by me by the team this weekend will bring their yield during the last act of the European Championship.»

Stadsbader will continue in his process of preparing for the European race, scheduled for the weekend of 21 July.