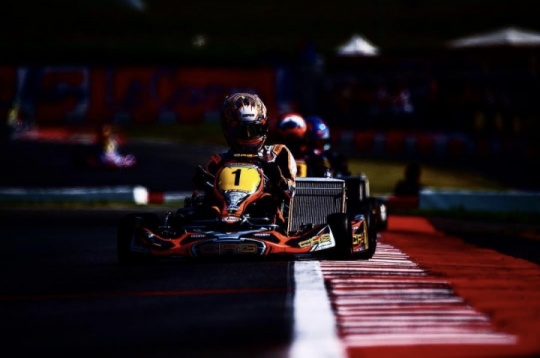 Author: Vroomkart International
Radio Box the voice of paddock is back on Vroom. After the events of Sarno at the European Championship, Paolo De Conto has chosen ST Motors.
The "toto-engines lottery" of Paolo De Conto may have come to an end. According to the latest rumors, in fact, the champion has chosen Thierry Savard as a engine tuner for the rest of the season.

Pandora's box was opened in Sarno, site of the last act of the FIA Karting European Championship, when the "divorce" between De Conto and Franco Drudi had taken place by surprise. Despite the rupture, the TM had however guaranteed the engine supply to the CRG driver, called to choose the new preparer/tuner.

The choice came about it seems a few days after the end of the FIA Karting European Championship and answered precisely to the name of Savard and his ST Motors.