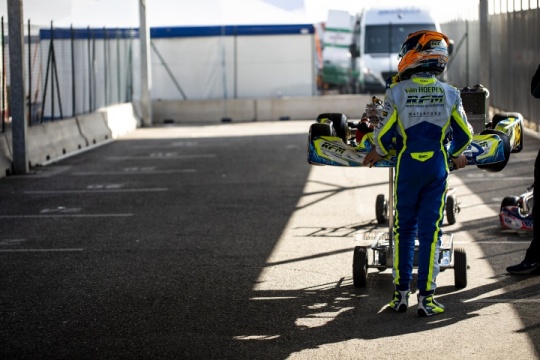 The 3rd round of the WSK Promotion international event will also mark the return to races in Italy for the Dutch driver who had been busy abroad for the FIA ​​Karting season in the last two months.

Van Hoepen is called to confirm the good result of the Angerville round, where he made the podium.

Laurens van Hoepen, Ricky Flynn Motorsport (FA/Vortex): «I look forward to getting back to driving, these weeks have served me to recharge my batteries and think about the first part of the season. Now I feel completely reconstituted and ready to return to the attack.»

The weekend will start offically on Friday with the Qualifying Practices, followed on Saturday by the Qualifying Heats. Sunday, however, will be the time for Prefinal and Final.