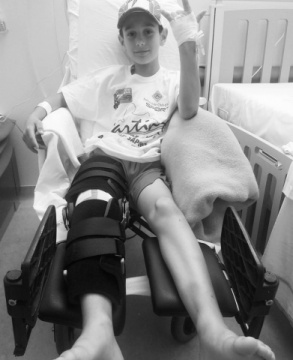 Author: Vroomkart International
James Egozi told to Vroom what happened in Siena last week during the Campionato Italiano ACI Karting.
There were moments of fear last Saturday at the Circuit of Siena where the heats of the second round of the Italian ACI Karting Championship were in progress; a bad accident that occurred to James Egozi made it necessary for the medical staff to intervene.

«At this moment, I'm not willing to start a controversy with points of view on how or why it happened. Those involved know exactly what caused the crash. This is racing, we are all fierce competitors who want to win and understand the risks involved».

«I will say the Circuito di Siena must evaluate the crash barriers between Turn 1 and Turn 2. At the end of Corner 1, the plastic barricades stop, leaving the solid wall exposed. This is extremely dangerous to every competitor on track, especially since it's a high speed part of the Circuit».

«I'm certain that if plastic crash barriers were present all the way to Turn 2, they would have absorbed the impact and prevented my injury, if not completely, at the very least to a much more minimal level. This should be evaluated and addressed immediately before another driver suffers a similar or worse injury».

Egozi then put everyone at ease as regards his future: «As for how I am feeling, I'm out of surgery and on the road to recovery».

What could be the solution?  «The plastic crash barriers should be closer to the leaving space of the track between the solid wall to  slow down the kart before impact».