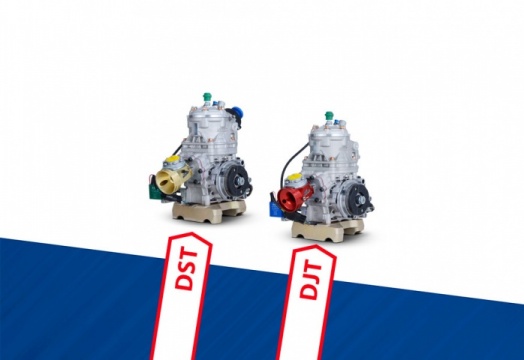 Press Release by: Vortex
Vortex engines brilliantly stand out by speed and constancy of performance both in OK and especially in OKJ, where they conquer the victory and the third step of the podium OKJ.
In the critical third round of FIA Karting European Championship, the Vortex DJT engines are once again impressing everyone with their presence: 17 engines lined-up at the start of the Final: exactly half of the participants!

Among them, the one who is exploting the speed of the OTK Group engines the mosti s Jamie Day (Lennox Racing Team), who centers 3 best laps in the Heats and, in Final, recovers 6 positions winning the race with best lap too. Also Kajus Siksnelis (Ward Racing) is stepping onto the podium, coming third and author of one second and two third places in the heats after being the fastest Vortex driver in the qualifying heats with the fifth time.

Powered by Vortex DJT engine is also Philip Victorsson (Ward Racing) coming sixth, followed by Thomas Ten Brinke (Ricky Flynn Motorsport), Suleiman Zanfari (Ward Racing) and James Wharton (Ricky Flynn Motorsport). The Swedish driver is successful also in the Heats while the DJT engine takes Ten Brinke and Zanfari to a comeback of nine and ten positions, respectively. Altogether the Vortex engines in topten of the Final are seven as well as the eleventh in the rating, driven by Alex Dunne (Tony Kart Racing Team).

OK. The speed and reliability of Vortex DST allow drivers pushed by the engines of our brand to always stay in the first positions also in OK.

Vortex is at the top since the qualifying with Dino Beganovic's fourth and Kirill Smal's sixth place (both WARD Racing). Smal and Beganovic are also the authors of three and two second places in the Heats, respectively. It’s a pity that the final will be particularly unlucky for both.

Jospeh Turney (Tony Kart Racing Team) is the author of an excellent performance: he is the best driver powered by Vortex in the final with a fifth place, result of a six-positions recovery. The Englishman is constantly in top seven even in the heats, where he centers a best lap too.

Best lap also for Harry Thompson (Ricky Flynn Motorsport), who with the Vortex DST brilliantly stands out in the heat and gains a second and two third places. In topten during the heats are also Sebastian Ögaard (WARD Racing), Matheus Morgatto (Tony Kart Racing Team) and his teammate Noah Milell, author of an incredible comeback of 18 positions in Final, damaged by a penalty only.