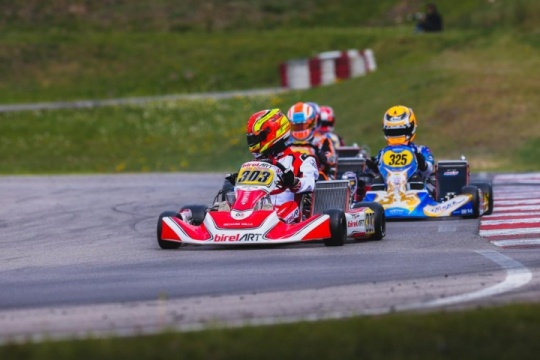 In KZ, where there are 24 participants, the best time went to the official Tony Kart driver Matteo Viganò who stopped the clock at 46.991, faster by just 18 thousandths compared to the reigning European champion Jorrit Pex's time on KR / TM.

In KZ2, the much greater number of racers meant that the qualifications were disputed over 3 sessions from which the grid of 6 rounds took shape.

The Academy saw the first pole for a representative from Singapore, who answers to the name of Christian Ho. Paolo Ferrari, the Serb Filip Jenic, and one of the favorites Robert de Haan are the seeded heads of the other three groups.