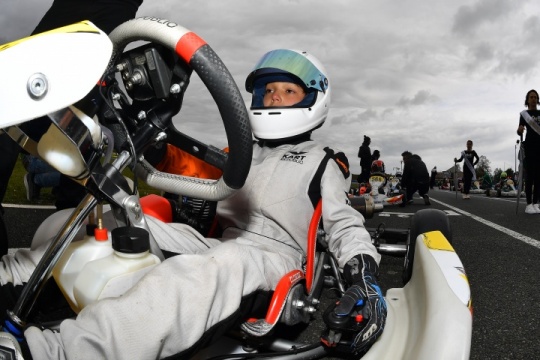 The second round of the WSK Euro Series at the Circuit Gabriel Thirouin of the Team Driver standard-bearer started with the 13th position in Qualifying Group 2, the 26th overall. After an unlucky series of heats, Bettamio was the protagonist of a productive Sunday, in which he was able to take the qualification for the Final.

The Brazilian did the second-best comeback in the Final, gaining 12 positions from the start and crossing the finish line 11th overall. The 11th position is also his best result in a WSK Promotion competition.

Enzo Bettamio, Team Driver (Parolin/TM): «I’m very satisfied for the pace showed in France. Angerville has been one of my favorite track since the first time I was there. Probably with a better Qualifying Practices the final result could be also better; however, I’m happy because I took my best result in Europe. This is my first complete year of racing in the international scene and it means that I’ve to learn from every driving session.»

Bettamio’s season will continue with the 3rd round of the WSK Euro Series, scheduled for 23 June in Lonato.