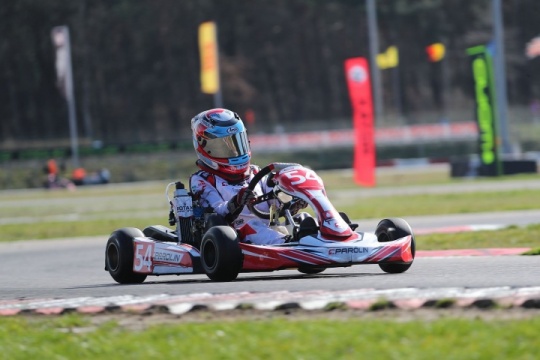 Author: Vroomkart International
Micro and Mini Max will not be competing at the “Home of Champions.
In just under three weeks’ time, the ROTAX Max Euro Trophy Open will kick-start the season for the championship, as a one-off event between the 19th and 21st of April at Karting Genk.

However, there will only be four classes competing at the Limburg-based circuit, after the event organisers have decided to not include Micro and Mini Max for that weekend, due to a significant lack of entries submitting so far.

With a total of 11 entries already placed for the event, which would have seen the winner and runner-up in both classes winning a ticket for the forthcoming International Trophy, which is being held at the Circuit Alain Prost in Le Mans, between August 21st and 24th this year.

“It is a shame that we will not see the two classes compete at Genk in just a few weeks’ time,” admitted Dave Ritzen, who runs the BNL Karting Series championship, which saw a big entry of 160 competitors just over a week ago.

“But with the interest not big enough for us to proceed, it was the unfortunate and inevitable decision that both event organisers had to come. We hope that in the future that we can try to hold an event like this again, with more competitors.”

The ROTAX Max Euro Trophy Open is already heavily subscribed over the four classes that will compete at the 1360-metre circuit, with the weekend action being live streamed. Three tickets to the 20th anniversary running of the ROTAX Max Challenge Grand Finals are up for grabs for the winners of the Junior, Senior and DD2 classes.

The DD2 Masters class winner will receive a free entry for the full season, which commences at Adria Karting Raceway on May 31st, with drivers heading to the Veneto region to compete.