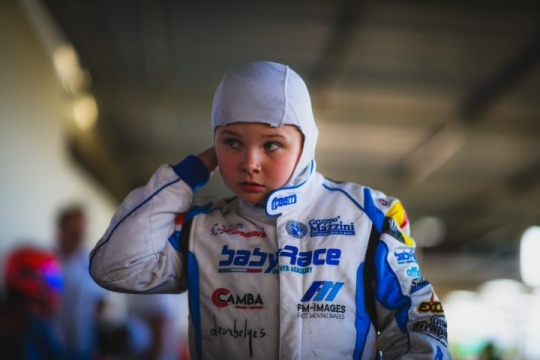 For the Baby Race driver, at his first season in Italy, it has been a positive start to the championship, one that's prompted a steep learning curve, given that the tracks were all new to the young driver.

On the Adria circuit, due to some unfortunate events, Braeken had failed to qualify for the main final, putting himself in any case in Final B with a recovery of as many as 21 positions that brought him to the 12th position. An accident in the Final, however, prevented him from having his say in Lonato, while at the World Circuit La Conca (where he ended 15th in the Final B) and at the Circuito Internazionale di Napoli, various difficulties prevented him from expressing all his talent.

What should not be questioned, however, is the great spirit of adaptation that Tom has shown, able to improve round after round thanks to the technical advice of the Baby Race entourage. With these solid assumptions, the Belgian is preparing to face a second part of the season with an "international reach", which will see him in the starting park of the WSK Euro Series.

Tom Braeken: «After the Champions Cup in a single race, the WSK Super Master Series can be defined as my first real trophy in Italy, as it was played out in more than one race. Although I missed out in the Final, I can still be satisfied with this experience, since I learned a lot. I'm sure these outings will help me in the second half of the season.»

Braeken's 2019 season continues this weekend again at the Circuito Internazionale di Napoli on the occasion of the first act of the WSK Euro Series.