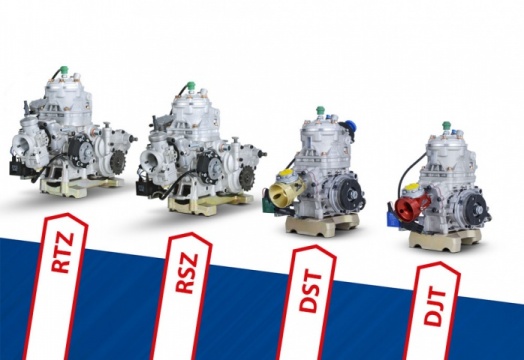 OK - In the OK class, our DSTengines were chosen by 21of the 66 drivers this weekend.
Another pole position was taken with our engines with Dino Beganovic (Ward Racing) setting the fastest lap-time on Friday qualifying practice. The DJT engine imposed his pace wining 5 qualifying heats, four of them by Beganovic, while Joe Turney (Tony Kart Racing Team) also put the Vortex engine on top. Beganovic continued his great pace with the victory in prefinal B.

The final had a big amount of Vortex engines aiming for the victory with 11 drivers out of the 34 finalists. Despite leading the race with Noah Milell (Tony Kart Racing Team) for 9 laps, it was Beganovic who took a podium position powered by us with also the best lap of the race. Again, Vortex showed a strong performance with four top10 finishers with Milell finishing in 6th place, while Harry Thompson (Ricky Flynn Motorsport) and Sami Meguetounif (Tony Kart Racing Team) did it in 7th and 10th, respectively.
KZ2.

In the shifter category our Vortex KZ engines (RTZ and RSZ) showed their performance especially with Matteo Viganò (Tony Kart Racing Team), who started on form the weekend with the 4th place in qualifying. The Italian driver was fighting for victories in the heats, and finished as the best Vortex in the final taking 6th position.
Also in the final, Lorenzo Camplese, Giuseppe Fusco (Renda Motorsport) and Paul Evrad (Kosmic Kart Racing Department) conclude close to the top ten.