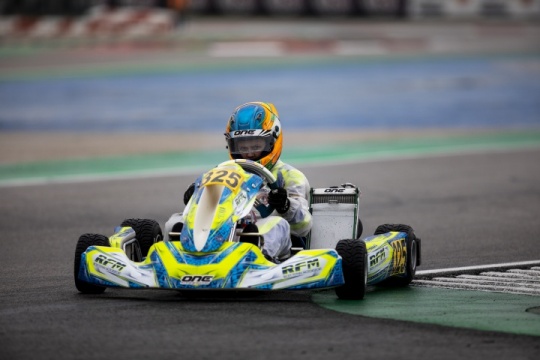 To date, in fact, the Ricky Flynn Motorsport driver, despite having always been fast, has not been able to take home results he fully deserved in the first two races marked WSK Promotion.

The race in Lonato, therefore, is the place to make up for lost time and opportunities, a race where the Dutch driver had already stood out in the Winter Cup, the first in Junior, finishing 8th after having gained 21 positions from his starting position.

Laurens van Hoepen: «I have fond memories of the Winter Cup and I hope to be competitive again this year. With the Ricky Flynn team we are working hard to maximize the speed potential we have.»

The racing weekend will officially start on Friday with Qualifying Practices and first Heats, which will end on Sunday, when the final stage with Super Heat and Finale will take place.