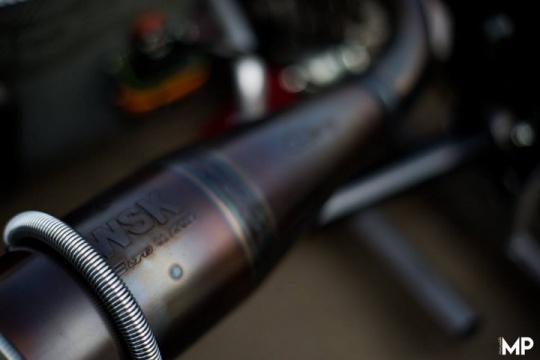 Author: Vroomkart International
On the Adria track, the first round of the WSK Super Master Series starts.
Seven days after the Champions Cup, useful for a first glimpse on the drivers to watch out for this season, as many as 194 starters in the 60 Mini, OKJ and OK categories are ready to take to the track.

60 MINI – Numerous as usual, the "baby" category never fails to please, given the 88 little “devils” registered. Andrea Filaferro, fresh winner of the Champions Cup seven days ago, will be looking to repeat himself at the wheel of his Tony Kart Newman; looking to do well also Ean Eyckmans, Alex Powell and Coskun Irfan, called to make up for a not too brilliant start to the season. Among the other Italians, Flavio Olivieri, back from a complicated weekend, will try to redeem himself; also looking to repeat himself is Francesco Marenghi after his excellent performance at the Champions Cup.

OKJ - In Junior, the Forza Racing team is the team to beat, given last week's 1-2. The show of strength demonstrated by the English team gave the season's first verdict thanks to the surprises, namely Alex Dunne and Arvid Lindblad. Both drivers will have the task to continue the good job done so far. First to want to reverse the trend is Andrea Kimi Antonelli, protagonist of a bitter end in the first race of the season; the Italian will certainly want to do well given the speed shown. Other weekend hopefuls, alongside Antonelli, are James Wharton, Thomas Ten Brinke, Laurens Van Hoepen and Ugo Uguchukwu. After a good Final B, another name to keep an eye on is Cristian Bertuca, at the second official appointment with Birel Art.

OK – The neo-pupil of the Rosberg Driver Academy, Taylor Barnard, will be looking to do well in the top class. After the excellent debut, the Briton will have to come to terms with the return of the "veterans" of the category, rivals such as Lorenzo Travisanutto and Harry Thompson, protagonists of a rather unlucky weekend. Focus also on the "new entry" at Tony Kart, Sami Meguetounif and Matheus Morgatto, in addition to the usual well-known Dexter Patterson and Gabriele Minì. At his season debut is Luigi Coluccio; the Italian will want to say his own after the excellent placements in the international arena in 2018 where the third step of the podium at the CIK-FIA World of Kristianstad, last September 23rd, stands out.

Appointment then to Friday qualifying and first heats, then passing on to the intense Saturday of direct clashes before the Final on Sunday. The uncertain weather of Adria could upset the weekend plans. Updates will follow.