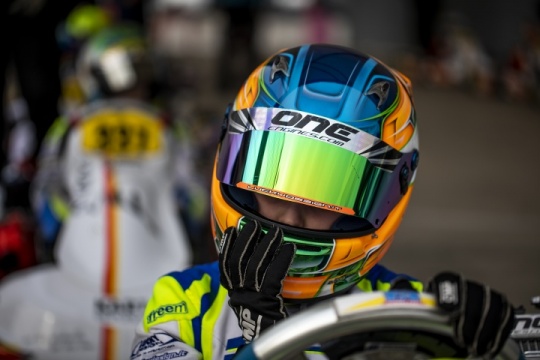 In fact, after the 18th position of Qualifying Practices, the Dutchman was forced to make a comeback weekend. Gains started well in the heats with 2nd place in the first heat, and then closing with the 17th position overall.   Starting 18° in the Final, the standard bearer of Ricky Flynn Motorsport pulled out his "claws", finishing the first race of the season in 13th position with 5 positions gained from the start.

Laurens van Hoepen: «There's a bit of regret for how the weekend started. Unfortunately in qualifying we complicated our life a bit. Starting from behind is never easy, but in the first heat we showed that the potential however is there. Even in the Final the pace was not bad, so I'm confident for the rest of the season. I want to thank my team Ricky Flynn Motorsport and One Engines for their support and professionalism offered me.»

Van Hoepen's 2019 will continue this weekend, again at the Adria Karting Raceway during the first act of the WSK Super Master Series.