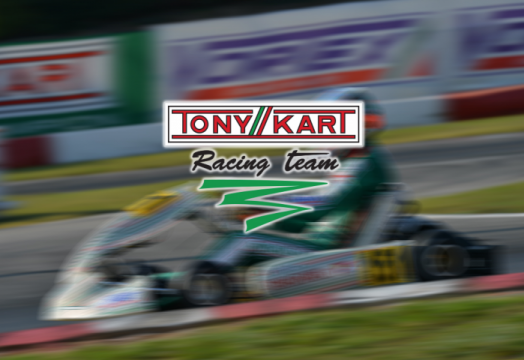 Press Release by: Tony Kart Racing Team
Tony Kart unveiled its 2019 racing plan and line up.
We are ready to get back in action in the most competitive karting series (FIA Karting & WSK) for 2019 season, with sixteen drivers line-up among Mini, OKJ, OK and KZ categories.

A season that as usual, is composed by WSK and FIA Karting competitions, which we will be represented by sixteen drivers. Some of them are a newcomers in Tony Kart’s family while others are popular faces for our team in this world.

In the shifting gears category, KZ, the team will be led again by the three-times world champion, Marco Ardigò. Two more Italians Matteo Viganò and Alessio Picciniwill also race
in KZ, together with experimented Finn driver Simo Puhakka who completes the team.

In the OK category, Colombian Sebastian Montoya, son of former Monaco and Indy 500 race winner, Juan Pablo Montoya, continues in the team but this time in a higher class. At his side, Rasmus Joutsimies, Sami Meguetounif, Li Mingyang and Matheus Morgatto complete the team.

In the OKJ category, we find Russian Nikita Bedrin and Spanish Josep Maria Martí who both continue for his second straight year in Junior class.
As for the youngest category, the drivers who will compete in Mini are French’s Jules Caranta and Jimmy Helias, together with Cui Yuanpu, American James Egozi and William MacIntyre from United Kingdom.

This season like the previous years, Tony Kart and Ferrari Driver Academy will keep their partnership, with the aim to select new talents for a higher motorsport categories.
Regarding which chassis are the one that will race, in OKJ, OK and KZ/KZ2 categories there is no doubt that our drivers will have at their disposition the Racer 401 R chassis. Meanwhile in Mini class, the chassis available will be the Rookie EV. All of them, powered by Vortex.