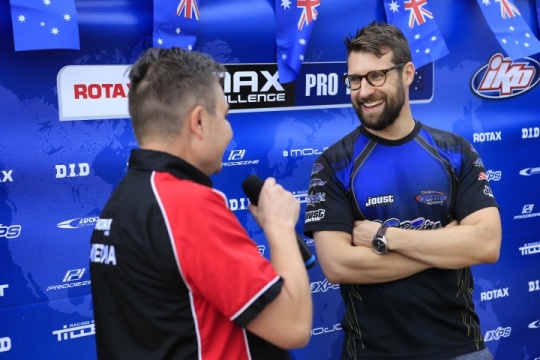 Author: Vroomkart International
The Sparco Rotax Pro Tour is going into its eleventh season with promoters International Karting Distributors.
In 2019, the goal is significantly on growing the Rotax 125 Heavy class, the Sparco Rotax Pro Tour is the only National series in Australia to offer “heavier” drivers a chance at National level. With round one now complete the series registered a large growth in numbers.

The goal is always to ensure that competitors are racing in a series that offers close racing, a great atmosphere around the pits and an enjoyable series to compete in. Of course, improving numbers is an important goal. The series is offering more racing this year for the drivers with some rounds offering 6 races instead of the standard final.

About the JR Memorial: The Jason Richards Memorial will be again the series "finale".  Jason Richards was a friend and competitor of the Rotax Pro Tour. He showed no signs of the ego and attitudes that often come with fame. His strength while he battled cancer and his ability to continue to find the joy in his love of racing are qualities that all remember and admire.

To quote JR himself “it’s not about the man in the fight….it’s about the fight in the man”. In honour of Jason, the Rotax Pro Tour dedicates one round each year to be the Jason Richards Memorial - an event that recognises drivers who demonstrate the same kind of attributes that Jason had.

The Jason Richards Cup is presented to the winner of the DD2 Final at the event in recognition of Jason’s participation in the category. The winner will receive their trophy, and their name engraved on the Perpetual Cup.

Discover all the classes on PDF document.