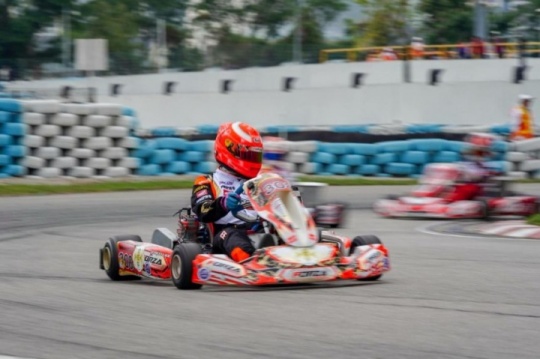 After scoring the 10th time in qualifying, Lee was protagonist of an unlucky series of Heats. Starting from the 15th position in the Final, the driver with the number 308 fought hard, gained 7 positions to finish the race in P8, despite the torrential rain.

Jamie Croxford, Founder: «It has been a very exciting weekend. Coming from the other side of the world to compete in a kart race is never easy and yet we were fast all weekend. Fredrick proved to be very skilled in gaining positions, especially with the rain in the Final where he managed to recover 7 positions compared to his starting position. I’m satisfied with the progress made by the team over the weekend.»

The team returns to Europe to continue their preparation for the next season of racing.