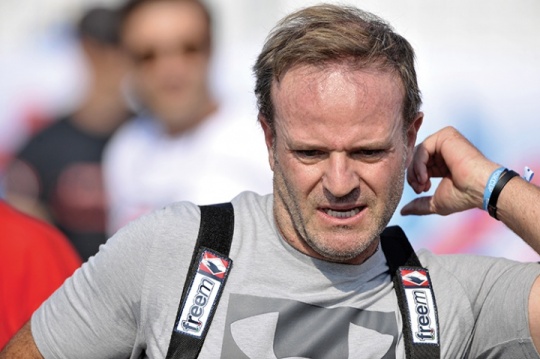 Author: Vroomkart International
After a past in a single-seater, the 46-year-old from São Paulo never ceases to amaze, becoming a symbol of passion for karting.
«Many people tell me that they would like my speed at forty-six, but I simply think that reaching forty-six and still wanting speed is wonderful».

With this sentence, Rubens Barrichello once again clarifies his passion for motorsport, especially for karting. The former Formula One driver, once again among the starters of the Rok Cup International Final, has not betrayed the expectations of fans, bringing home a bittersweet weekend but, as always, as a protagonist.

Speaking with Barrichello, what is perceived is a rare sanguine passion in a world that is increasingly related to business, in most cases, and little to the sporting and human side. Sentiments the Brazilian's, which can easily be defined as pure, as too his words. His behavior, also, with and without a helmet, bring about an almost perfect fusion of motorsport and family. The annual appointment with the international kermesse marked Rok is the crowning achievement of a karting season carried out at the highest levels and feature the sole desire to have fun and still feel part of the fight. A point that Barrichello wants to clarify. «I do all this because I enjoy it, I like it and I can share it with my children», this is the real "winning recipe" of Rubens Barrichello's elixir of eternal youth and long-life.

From the sporting point of view, the former Ferrari driver has experienced better weekends; the missed qualification for the Shifter Rok final was not, in fact, foreseen by anyone. Troubled and suffered heats that ended with a 18th, a 19th and a 23rd place, thanks also to forced contacts by rivals. The Brazilian was however talk of the town in any case, thanks to the Vortex Trophy final where he finished in second place. Fifteen high voltage laps with three great passes and the trophy at the end of the day.

You can read the full interview with Rubens Barrichello on Vroom International 209 available today! Download the pocketmags app for the digital version also for smartphones.