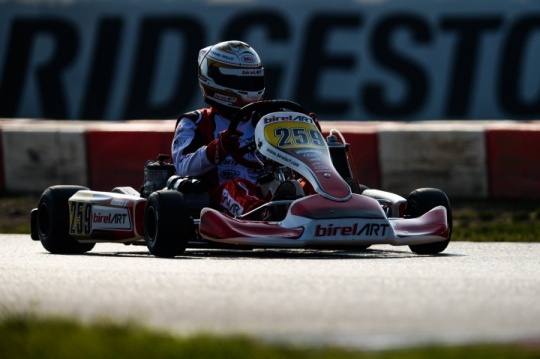 Press Release by: Birel ART
Contested over three rounds, the WSK Final Cup started at Lonato from 19th to 21st October.
The Birel ART Racing team raced at this important international event with professionalism and competitiveness, allowing Luigi Coluccio to mount the OK podium once again. As he was able to at the World Championship a month earlier, the young Italian raced at the forefront throughout the meeting with his Birel ART / TM equipment.

Another top three for Coluccio

From one event to another and from one type of tyre to another, the team and the Birel ART Racing chassis continue to perform well. "September was very busy with the KZ, OK and OK-Junior World Championships. However, the season is not over and the events resumed quickly," says Davide Fore, team manager of the Italian team. "As we are accustomed to, we worked very well upstream to allow our drivers to race in the best conditions and it was Luigi Coluccio who was able to exploit it best in OK."

Indeed, Coluccio posted the 4th fastest time in Qualifying, before he had three excellent runs in the top six. After a solid Prefinal, he regained a place on the second row for the Final, which he used perfectly to complete his superb performance in 3rd position. "Luigi has been fast and steady in this very high standard of competition. The big players of the season in OK were present so this is another positive result," continued Davide Fore.

The next generation expresses itself with Birel ART

In OK-Junior, Esteban Masson again had the opportunity to show his speed on his second appearance on a Birel ART. Alas, an retirement in his Prefinal barred access to the Final. Lorenzo Ressico d'Aloisio had a difficult time, and was among the many victims of a major collision early in the race. Used to racing in his home country, the Brazilian Eduardo Venancio Ritzmann took advantage of the advice of members of the Birel ART team to progress in the rankings.

In 60 Mini, the Birel ART Junior Team's showing was very good for team manager Giorgio Pantano and the Bulgarian driver Nikola Tsolov. Tsolov returned gradually but brilliantly to 6th place. We must also congratulate Andrea Filaferro (10th) and Francesco Amendola (retirement) for qualifying for the Final at the wheel of their Birel ART karts, in a category with 95 starters. 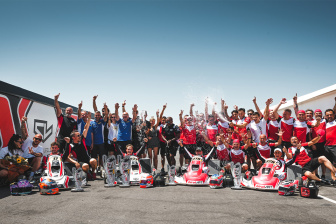 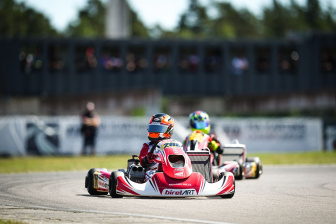 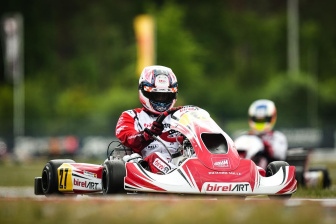