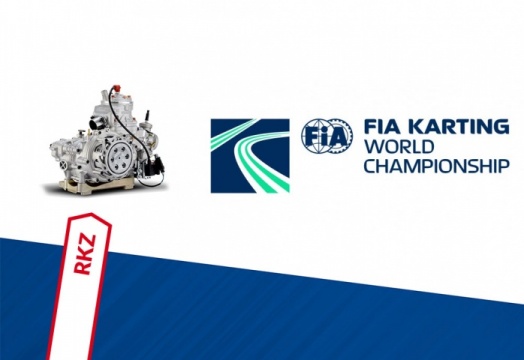 Press Release by: Vortex
Thanks to Patrik Hajek and Matteo Viganò, Vortex RKZ engines lead the scene on the Belgian circuit in Genk.
KZ – RKZ Engine. The most important event of the 2018 season within the whole International Karting scene showed to be a great success for Vortex: during the weekend of 7th-9th September on the Belgian circuit in Genk, the RKZ engines racing in the FIA Karting World KZ Championship were seven (23% of the participants); also Patrik Hajek’s was among these, showing an unstoppable pace during the whole weekend.

The Kosmic Racing Department standardbearer brilliantly stood out since the qualifying heats with the third time. After that, Hajek gained the victory in all three heats, enabling him to reach the pole position in the final. Here, the Czech driver did not miss anything: thanks to a perfect start and supported by the constant performances of the RKZ engine, Hajek managed to keep his opponents at a safe distance, running under the checkered flag in first position and becoming the First KZ World Champion from Czech Republic.

Also the Vortex engine’s performance used by Simo Puhakka (Tony Kart Racing Team) was brilliant, he gained the fourth position both in the qualifying heat and after the heats, where he conquered two third great positions. Unfortunately, he had a crash during the first lap of the final, preventing him from fighting for the victory. These are the drivers powered by Vortex taking part in the FIA Karting KZ Championship in Genk: Patrik Hajek, Simo Puhakka and the teammate Noah Milell, Guust Specken (Guust Specken Racing), Jeremy Iglesias (Formula K Racing Team), Francesco Celenta (Praga Racing Team) and Leon Kohler (Energy Corse).

KZ2 – RKZ Engine. The Vortex engines proved to be the leading drivers of the most important race of KZ2 class: the FIA Karting International Super Cup. RKZ engines were used by 13 drivers out of 105 participants (12%) and showed high-quality performances thanks to the talented driver Matteo Viganò. The Italian driver of the Tony Kart Racing Team was able to exploit all the potential at his disposal since the qualifying heats on Friday, where he conquered the pole position centering a 52”411 time. His climb to success continued with five victories in the heats and a third place, allowing him to start from the first position in the starting grid of the final. From then, Viganò managed to keep his opponents in the backline and ended the race at the first position.