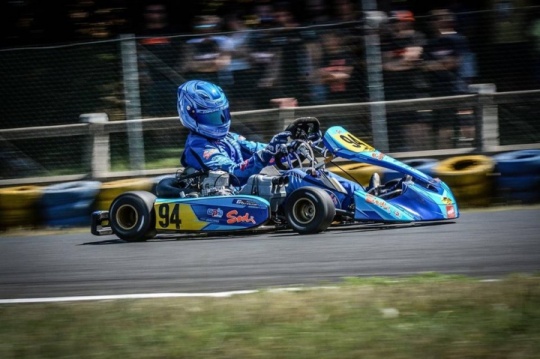 Author: Vroomkart International
The new European Champion KZ2, Adrien Renaudin, is preparing to fight for the double crown.
The dream victory in Salbris made him a top contender for the title. An objective that then become reality for Renaudin with the last race, not brilliant nor winning, but enough to make him the new champion.

The excellent heats and the good pace, already amply shown by the CPB driver, could be crucial to easily reach a good starting position in the finale. A decidedly long track, full of overtaking points, according to the Frenchman himself, one that will be the worthy theater of the wide open challenge.

Here are the words of the European Champion KZ2:

- Have you tested something new for the World Cup?
«I did the DKM one week ago, and the pace was really good so I’m confident for this week I will do my best with the team and we will see what happens».

- What do you think about the track?
«I like this track. It’s quite long, lots of corners and many possibilities to overtake and also a long straight».

- What do you expect from your opponents?
«It will be a very hard race, more than 100 drivers, and I think a lot of people can fight for the win, so an interesting race and the hardest of the season».